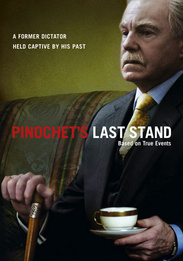 In 1973, General Augusto Pinochet overtook Chile in a violent military coup. During his 17-year rule, he ruthlessly repressed all opposition to his regime, leading to the deaths of 3,000 civilians and the torture of another 30,000. HBO Films presents the fascinating true story of the former dictator's surprise 1998 arrest for crimes against humanity while undergoing back surgery during a vacation in London. Caught in international conflict, Pinochet's (Emmy Award winner Derek Jacobi) time in London forever changed his life - and the prospects for dictators across the globe.