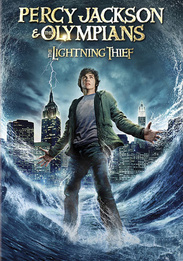 Modern and mythical worlds collide in this thunderous fantasy-adventure starring Pierce Brosnan, Kevin McKidd and Uma Thurman as youâve never seen them before! Percy Jackson is no ordinary teenager... heâs just learned heâs the son of Poseidon and is accused of stealing Zeusâ Â­lightning bolt â the most powerful weapon ever created! With storm clouds brewing, Percy embarks on an incredible cross-country journey to prove his innocence, recover the bolt and prevent a war amongst the gods that could destroy our world!

Rated PG for action violence and peril, some scary images and suggestive material, and mild language.