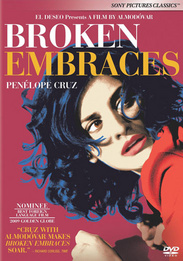 A luminous PenÃ©lope Cruz stars as an actress who sacrifices everything for true love in Academy AwardÂ® -winning filmmaker (2003, Best Writing, Original Screenplay, Talk to Her) Pedro AlmodÃ³var's acclaimed tale of sex, secrets and cinema. When her father becomes gravely ill, beautiful Lena (Cruz) consents to a relationship with her boss Ernesto (JosÃ© Luis GÃ³mez), a very wealthy, much-older man who pays for her father's hospitalization and provides her a lavish lifestyle. But Lena's dream is to act and soon she falls for the director of her first film - a project bankrolled by her husband to keep her near. Upon his discovery of the affair, Ernesto stops at nothing to ruin Lena's happiness.

Rated R for sexual content, language and some drug material.