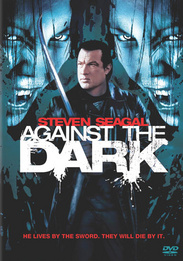 Katana master Tao (Steven Seagal) leads a special ops squad of ex-military vigilantes on a massacre mission, their target: vampires. On the post apocalyptic globe, sucked dry by bloodthirsty vampires, a few remaining survivors are trapped in an infected hospital. Tao is their only hope and he knows the only cure is execution. Now it's time for the last stand against the flesh-eating vampires and there's nothing left to lose but the last of humanity.