The Black Waters of Echo's Pond 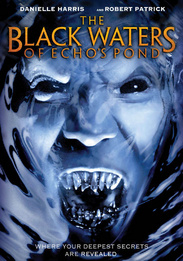 During a Turkish archeological dig early last century, an ancient board game said to have entertained demons was unearthed. Now nearly 90 years later, a group of vacationing friends â including a cynic (Danielle Harris of HALLOWEEN), a rich jerk (James Duval of DONNIE DARKO), a slutty starlet (Mircea Monroe of âHart Of Dixieâ), a jock (Nick Menell of FRIDAY THE 13TH) and prudish twin sisters (Electra & Elise Avellan of GRINDHOUSE) â discover the game hidden in an old house on a remote Maine island. And with a roll of the dice, their darkest secrets will unleash all the greed, jealously and lusts of Hell itself.

Rated R for bloody horror violence and gore, language, drug use and some sexuality/nudity.