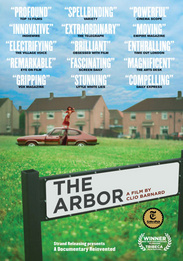 Andrea Dunbar was described as âa genius straight from the slums.â The unflinchingly honest playwright wrote about her distressing upbringing on the Arbor, the notorious Buttershaw Estate in Bradford, UK. When she died tragically in 1990 at the age of 29, Andrea left behind her plays and three children by three different men. Although Lorraine, Andreaâs oldest daughter, acquired a knack for writing, she was unable to avoid a grim fate of her own. This documentary follows Lorraine and her other siblings on a powerful journey of reflection and self-discovery as they begin to understand the struggles their mother faced. Comprised of personal letters; interviews with Andreaâs family and friends; and a reading of her most celebrated play; The Arbor is as innovative in its construction and execution as it is heartbreakingly compelling