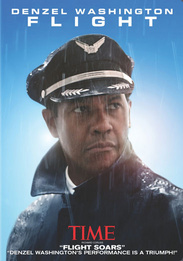 FLIGHT tells the redemption story of âWhipâ (Washington), a commercial airline pilot who pulls off a heroic feat of flying in a damaged plane, saving 98 lives on a flight carrying 106 people. While the world begs to embrace him as a true American Hero, the everyman struggles with this label as he is forced to hold up to the scrutiny of an investigation that brings into question his behavior the night before the doomed flight.