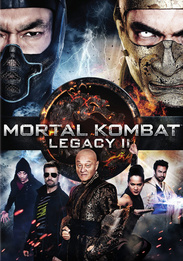 WELCOME TO THE TOURNAMENT The warriors have been chosen. The Mortal Kombat tournament has begun. Old friends become sworn enemies and deadly powers are heightened as the battle for Earthrealm rages. Follow the electrifying stories of Liu Kang and Kung Lao, Kenshi and Ermac, sisters Kitana and Mileena, and Scorpion and Sub-Zero, and join avorites Raiden, Johnny Cage and many more in this second season of the hit web series. More action, more skill, more fights and more of the word youâve been waiting to hear: FATALITY.