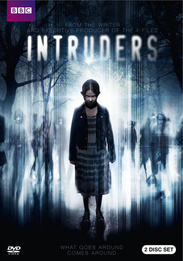 John Simm (Doctor Who, Life on Mars, State of Play) and Academy Award®-winner Mira Sorvino (Mighty Aphrodite, Norma Jean & Marilyn) make your heart race in this chilling paranormal tale about an evil secret society devoted to chasing immortality by taking refuge in the bodies of the living. Add to this a sinister agent bent on executing the unlucky to cover his crimes and a ten-year-old girl who picks the most dangerous moment to run away from home and you get Intruders, an eerie supernatural suspence series from the creator of The X-Files.