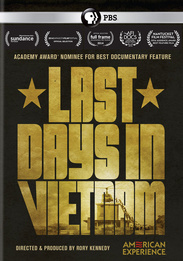 Panic gripped Saigon on April 29th, 1975, as thousands of Americans and Vietnamese scrambled to designated departure points in an effort to flee a city about to fall to Communist forces. With the airport in North Vietnamese hands, mobs swarmed the U.S. embassy, scaling the walls in an effort to get on one of the last choppers out. Over the course of eighteen hours, seventy U.S. helicopters flew six hundred and thirty rescue missions evacuating more than 1,300 Americans and almost 6,000 Vietnamese.