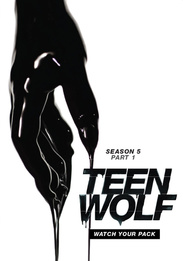 On the eve of Senior Year, Scott and his friends find themselves facing the possibility of a future without each other, a next phase of their lives that might take them in different directions despite their best intentions. Little do they know that outside forces are already plotting to break the pack apart long before they ever see graduation. New villains that use a combination of science and the supernatural for a malevolent and mysterious purpose that will eventually pit Scott and his friends against their greatest enemy yet.