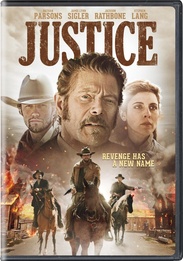 Itâs 1870 and the Civil War has been over for three years. An old, abandoned mine is now being transformed into a military stronghold by a corrupt mayor (Stephen Lang) and his band of outlaws led by the blood-thirsty thug Reb (John Lewis) hell-bent on reigniting the war. When a U.S. Marshal (Nathan Parsons) comes to town only to learn from the local teacher (Jamie-Lynn Sigler) that his brother(Jackson Rathbone) , the town priest, has been murdered, his search for the killer leads to an inevitable clash that becomes a life or death struggle for a much greater cause.

Rated R for violence including a brief sexual assault.