The Best of Agatha Christie: Volume 2 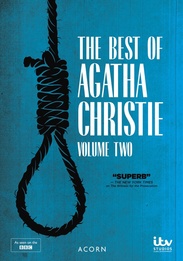 World-renowned as the Queen of Crime, Agatha Christie is the bestselling novelist of all time, perennially winning new fans since the 1920s. In these television adaptations of her finest mysteries, star-studded casts and lavish period detail bring Christie's work to life.

The Witness for the Prosecution-When an heiress (Kim Cattrall, Sex and the City) is brutally murdered, all the evidence points to her young lover (Billy Howle, On Chesil Beach). But he insists to his solicitor (Toby Jones, Detectorists) that his wife (Andrea Riseborough, Bloodline) can prove his innocence.