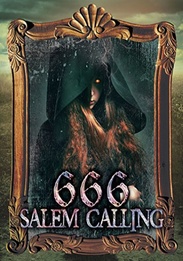 In 1752, Lenore Selwin was branded a Witch and burned at the stake. As she struggled against the flames she cursed the very land that her ashes were left to scatter upon. Some say she never left and that if you call her name when near her abandoned house, she will appear. When a group of students investigate the disappearance of a famous horror novelist in the same area, they are forced to confront nefarious forces in the woods on a weekend of sheer horror.