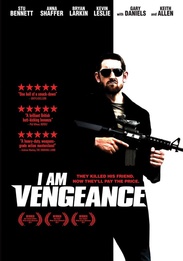 When John Gold, an ex-Special Forces soldier turned mercenary, learns of the murder of his best friend, Dan - and Dan's parents - he heads to their hometown, seeking justice. Gold soon discovers Dan and his father were murdered while investigating a Special Forces unit led by an enigmatic, highly decorated soldier named Hatcher who went rogue in Afghanistan. Gold's vengeance is unleashed, as he sets out to take down the killers in this suspense-filled thrill-ride.

Rated R for violence and language throughout, drug use, and a brief nude image.