The X-Files: The Complete Ninth Season 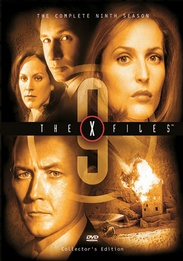 The ninth electrifying season of The X-Files reveals one astonishing truth after another, as even more mesmerizing stories of conspiracy, the paranormal and extraterrestrial realities unfold. Scully grapples with the revelation about baby Williamâs powers, while interest in the murder of Agent Doggettâs son is rekindled. The existence of super soldiers hints at a much bigger government conspiracy â one that Mulder has refused to back down from revealing, which brings him to a final, no-holds-barred confrontation with those who would deny the truth.