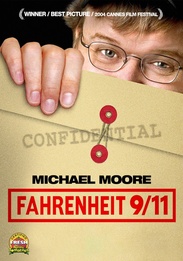 An expose which reflects upon what has happened to America since the events of September 11, 2001 that touches upon the personal relationship between President George W. Bush and the family of terrorist Osama bin Laden. As well, the chronicle focuses on the powerful roles that oil and greed may have played in the terrorist attack on the U.S.A.

Rated R for violent and disturbing images and for language.