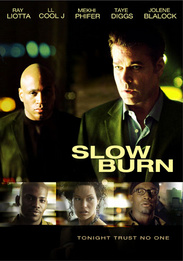 A sexy, stylish thriller stars Ray Liotta as Ford Cole, a big-city district attorney with his eye on the mayor's office and a big problem on his hands. One of his deputies, the beautiful assistant district attorney, Nora Timmer, has just confessed to killing a man in what she claims was self-defense.

A bad situation gets worse when an enigmatic stranger named Luther Pinks turns up at the police station to contradict Nora's story and paint a very different picture of Ford's talented colleague. With his career and perhaps his life on the line, Ford has a mere handful of hours to sort the truth from the lies in a saga involving Nora, a record store clerk, and a powerful gang lord.