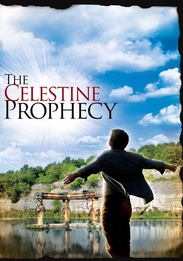 Based on the worldwide best-selling novel and philosophy by James Redfield, The Celestine Prophecy is now the movie adventure of a lifetime. John Woodson, an out-of-work teacher, is about to experience a dramatic and profound metamorphosis. Through a mysterious set of coincidences, he finds himself embarking on an adventure to the rainforests of Peru in search of nine ancient scrolls, known as the Celestine Prophecy. The prophecy and its nine key insights predict a worldwide awakening that redefines human life and provides a glimpse into a deeper level of spirituality emerging on earth. When corrupt church officials discover that a ninth scroll exists, they vow to move heaven and earth to stop the prophecy from being revealed. John

Rated PG for some violence.