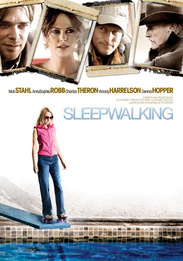 Jolene Reedy (OscarÂ® winner Charlize Theron) is a disillusioned single mother prone to bad men and reckless behavior. Her younger brother James (Nick Stahl of IN THE BEDROOM and CARNIVÃLE) is a weak-willed underachiever who canât hold a job. But when Jolene abandons her 12-year-old daughter (AnnaSophia Robb of BRIDGE TO TEREBITHIA) with James, uncle and niece make a fateful decision to flee to the farm of James and Joleneâs abusive father (Academy AwardÂ® nominee Dennis Hopper). In a past plagued by dark secrets, can family prove to be the most desperate bond of all? OscarÂ® nominee Woody Harrelson co-stars in this acclaimed Sundance Festival Premiere Selection about the cycles of love, loss and waking up to the first day of the rest of your life.

Rated R for language and a scene of violence.