The Initiation of Sarah 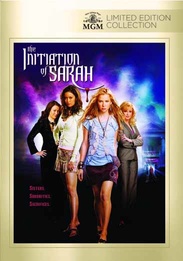 All sororities have their secrets, but the rival houses at Temple Hill University give "Hell Week" a whole new meaning! For Sarah and her twin sister, Lindsey, starting college means starting over -- new freedom, new guys and a break from Sarah's troubled past caused by her strange supernatural powers. But when the sisters are invited to pledge for two of the school's most prestigious sororities, they are unwittingly drawn into an ancient battle of the occult between the forces of good and evil, and it's up to Sarah to save her sister -- and herself -- from something far more sinister than they had ever imagined.