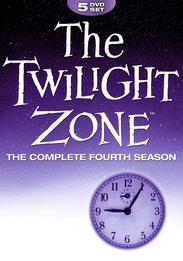 Episodes: In His Image, The Thirty Fathom Grave, Valley of the Shadow, He's Alive, Mute, Death Ship, Jess-Belle, Miniature, Printer's Devil, No Time Like the Past, The Parallel, I Dream of Genie, The New Exhibit, Of Late I Think of Cliffordville, The Incredible World of Horace Ford, On Thursday We Leave for Home, Passage on the Lady Anne, The Bard.