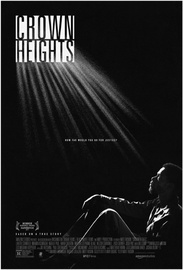 In the spring of 1980, a teenager is gunned down in the streets of Flatbush, Brooklyn. The police pressure a child witness to identify a suspect. As a result, Colin Warner, an 18-year-old kid from nearby Crown Heights, is wrongfully convicted of murder and sentenced to life in prison. Colinâs childhood friend Carl 'KC' King devotes his life to fighting for Colinâs freedom. He works on appeals, takes loans for lawyer fees and becomes a legal courier to learn the court system.

Rated R for language, some sexuality/nudity and violence.