Something to flip for: Discs with DVD on one side, Blu-ray on other 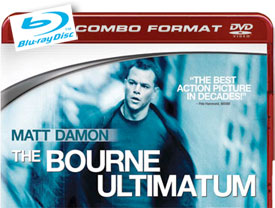 The last thing we all need is more plastic in our lives. Thankfully, we have the following innovation to make the transition to Blu-ray a bit easier -- and save a hunk of plastic.

Universal Studios Home Entertainment is releasing a new disc format which features a traditional DVD on one side and a high-def Blu-ray on the opposite. The new "flipper disc" will debut with the individual Bourne films on Jan. 19. (The combined trilogy was previously released on Blu-ray.) The suggested retail price for each is $29.98.

Here's what USHE President Craig Kornblau had to say about the announcement:

Universal's flipper discs are the perfect way for consumers to future-proof their collections while still enjoying their favorite movies on all their existing DVD players. The flipper disc offers an easy way for viewers to convert to Blu-ray now or at any time in the future, confident in the fact they will be able to experience their home entertainment purchases in the highest-quality picture and sound when they do.

A growing trend among studios has been to include a separate DVD disc with the Blu-ray release of a film. Disney's Bolt was one of the first to be released in this manner. Universal's flipper eliminates the need for a second plastic platter.

As someone who's yet to make the jump to Blu-ray (yeah, I'm a cheapskate), this is ideal. I don't want to buy more DVDs only to replace them in a year or so with better versions. 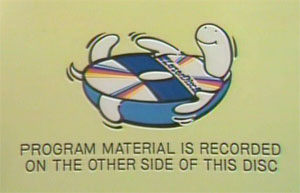 The concept of a flipper disc is nothing new. Back during the height of the Widescreen versus Full-Screen war, studios would put each version on a separate side. (In fact, some DVDs still come this way.) Looking further back, many Laserdiscs would have alternate content on the reverse side. And, of course the same was true of Videodiscs, computer floppy disks, audio 45s and LPs, and so on.

A combo HD-DVD and DVD flipper disc was also a popular "future proofing" feature of that now deposed format. This marks the first time Blu-ray and DVD have coexisted on the same disc.

What do you think? Will you be more apt to buy these combo discs you'll have the Blu-ray when you finally get a player? Does it further your interesting in getting a Blu-ray player? Let us know.