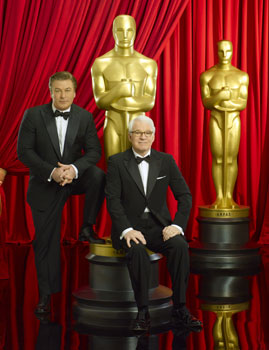 There were no big surprises when the nominations for the 82nd Annual Academy Awards were handed out this morning. Blockbuster film Avatar and upstart hit The Hurt Locker raked in nine nods each.

This was the first time since the Oscars' early days that 10 films were up for Best Picture. The set had all the favorites included -- except for (500) Days of Summer. Many pundits (ourselves included) expected the rom-com to get a nod. It seems popular film The Blind Side snuck in ahead of it.

The winners will be presented Sunday, March 7. With Alec Baldwin and Steve Martin co-hosting the event, it's sure to be a lot of fun. The show will be televised on ABC starting at 8 p.m. Eastern.