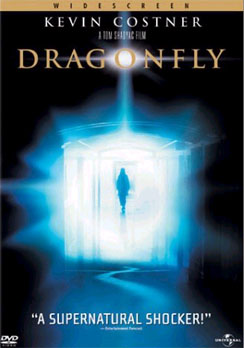 I'm sure that I'll get bashed by the fairer sex for pointing out this list from Time.com in which they compile the Top 10 Worst Chick Flicks. But, it's a risk I'm willing to take to bring light to a very real problem out there in film.

You can't hide a bad movie behind the label of "chick flick." A bad movie is a bad movie and no amount of schmaltz or romance can save it.

Now granted, I'm not the targeted demographic for most of the movies on Time's list, but even the most ardent defender of chick flicks has to admit that the time traveling antics of Kate & Leopold stretch the bounds of reality a bit too thin.

While you still should go over a read the entire list as the author (Kayla) has quite a nice list of snarky retorts for each movie on the list, I took the liberty of recreating the list here so that I can add my own selections below.

Here are a few of my humble recommendations to add to the list:

A Lot Like Love - I actually watched this movie from start to finish and it made no sense. It was terrible and it took me a long time to like Ashton Kutcher again.

Mona Lisa Smile - This is a movie packed with hotti-er um, budding star actresses and led by the ethereal Julia Roberts. It tried to be the femme equivalent of Dead Poets Society. What went wrong? I have no idea, but I do know that if I case of insomnia, I just throw this movie in and bam, I'm snoring in like 5 minutes.

Music and Lyrics - I still don't know how yo can take two charismatic people such as Drew Barrymore and Hugh Grant and make them so boring.

Alex & Emma - Kate Hudson hasn't made many wrong choices in her career, but this was one of them.

Angel Eyes - Before Jim Caviezel played Jesus Christ, he was supposedly a guardian angel in this movie. And no, I'm not making that one up.

Dragonfly - While you could pretty much put any Kevin Costner movie here, I particularly picked this one out because get this. He plays a doctor who believe that his dead wife is communicating to him through her old patients and various dragonflies. And if that weren't bad enough, it turns out that the reason for her urgency in contacting him is that before she died, she gave birth to their child and she wants to make sure that he goes to the third world country where she died and collects the kid. It earns extra special bonus points of suckage as it happens to be my ex-wife's all-time favorite movie and I was subjected to watching it many times over.

What are some of your all-time worst chick flicks?