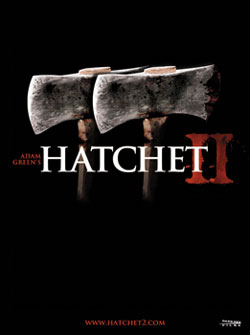 Dark Sky Films announced yesterday that the follow-up to its 2007 cult hit Hatchet will be released in theaters on Oct. 1 -- without an MPAA rating. Slasher film Hatchet II will be "the widest release of an unrated genre film in more than 25 years," the company said.

Recently horror films have been toned down for a more accessible PG-13 or R rating only to receive an expanded, "unrated" release for DVD and Blu-ray. This change means fans will get to see Hatchet II first in all its gory -- I mean glory.

Here's what director Adam Green had to say with the announcement:

"Having a movie as graphically over the top as Hatchet II come out in major theaters unrated is an absolute dream come true -- not only for the genre fans but for the entire make-up effects crew who normally have to watch their amazing achievements get sliced and diced for theatrical release. This is an important event for the horror genre and I hope the real horror fans support Hatchet II and help change the way genre films are released theatrically from this day forward."

This certainly is a momentous occasion. Horror fans won't have a watered-down experience before getting to the real thing on DVD. Too bad won't be available in many theaters. The first film was only released on 93 theaters across the country. Hatchet II probably won't get much more, even with this extra attention.

You can watch the teaser trailer for Hatchet II below. Ironically, the preview has the familiar green "approved for appropriate audiences" banner common to trailers.

Honestly, does a film like this really need a rating? It's not like you're going to load up the family and truck them down to the local cineplex to see Hatchet II expecting a light Disney romp. When you see the bloody axes in the poster, you should know what to expect. Going to theaters without a rating just avoids the obvious and prevents the hypocrisies the MPAA has been known for. 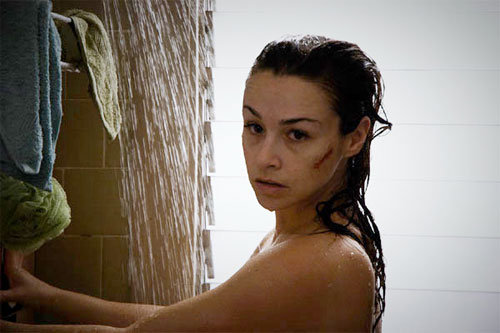