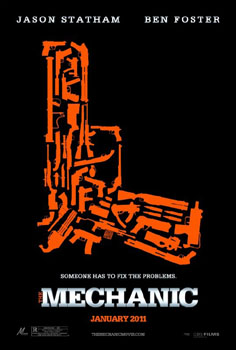 I have gone on the record time and again about my distaste of remakes. I don't understand the need to unnecessarily remake great movies. I mean seriously, who in their right mind would touch Citizen Kane or Casablanca?

But in today's Hollywood where the chase for the almighty dollar is more cutthroat than ever and there is a seeming lack of any original ideas, the easy road to riches is to take a known entity and update it for the texting/social media generation.

I can see it now. Rick whips out his iPhone and furiously types. Sam's iPhone chirps and he sees the text from his boss, "Play it Sam." He replies a cautionary text and the all caps reply is loud and clear, "IF U CAN PLAY IT 4 HER, PLAY IT 4 ME."

Now, I have to soften my stance a bit. I have to admit that some movies might actually be better with the advances of modern technology and onset of computer generated effects. But for the most part, these remakes sacrifice substance, i.e. the story, for the sake of bigger explosions and bloodier death scenes.

Today's Double Wide Trailers offering is a remake that I think will unfortunately fall into the latter category. First, The Mechanic is a Charles Bronson movie and it takes big stones to try and fill his mustache. Of course, Jason Statham thinks that he's man enough to try and while he's smart enough not to try and grow one, the trailer gives the movie more the feel of Transporter 4 and less that of a 1970s grindhouse film.

The real problem is that The Mechanic (later known as Killer of Killers), while certainly not as defining of a movie as Death Wish was for Bronson, it was a movie that helped to launch what I like to call the Assassin or Contract Killers genre of films. It was is the film that was the granddaddy to Leon, Kill Bill, The Boondock Saints, and so on and so on.

These films are a dime a dozen these days, but few even come close to resonating as succinctly as the original The Mechanic. I will tread as lightly as I can here because I don't want to spoil the original movie (and I highly recommend you seek it out), but it's pretty apparent that in the remake they've changed a major plot point that will almost assuredly alter the ending.

To me, the newly released trailer looks makes The Mechanic look more akin to Leon and less like the original. And while that's fine, when you call yourself The Mechanic there are certain expectations that you bring with you that can not be altered.

For instance, if (God forbid) they ever decide to remake the original Star Wars movies, you can't suddenly pull a fast one and change Luke and Leia's father from Darth Vader to Obi Wan Kenobi. While the backlash won't quite be to that level here, I think it's safe to say that fans of the original one will feel as betrayed by Simon West's meddling in the remake that the Star Wars fans would feel.

To give you a taste of the original The Mechanic, here's the theatrical trailer for the 1972 film. It's very much a '70s film and the special effects and gun play reflect that. And sure, I'll be the first to admit that seeing a modern update of the movie will make it look better than the original. Explosions and gun play are Jason Statham's bread and butter, but what he can't emulate is bad ass persona that is Charles Bronson.

I mean he was Chuck Norris a decade before Chuck was filling theaters with his bad ass character type. Bronson passed the baton to Norris before he himself gave it on to Kiefer Sutherland's Jack Bauer.

Speaking of Kiefer Sutherland, another thing that the remake gets right is the casting. Kiefer's dad Donald Sutherland plays the role of Harry McKenna and it's clear that they've beefed up his part which is smart. Another casting victory is Ben Foster as Harry's son Steve who becomes Statham's apprentice.

Again, it's impossible to discuss what the trailer gets wrong without completely spoiling the original, but I think it's safe to say that the ending of the new movie will leave audiences wanting, or more specifically, expecting a sequel. And that's exactly what the studio is hoping.

It seems that the homage to the original movie even carried through to the teaser poster released for the new version. Here's the original 1972 one-sheet that naturally features Charles Bronson's mug front and center. 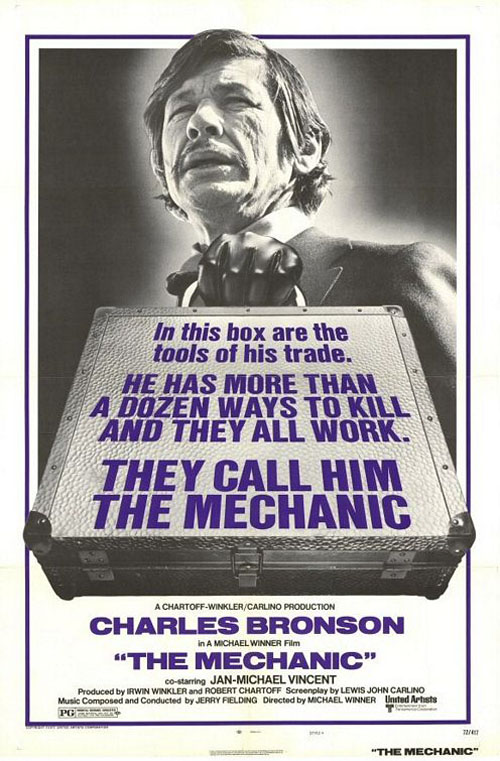 It seems the homage teaser from the remake is a close facsimile of the original, but suspiciously the main difference lies in just how much Jason Statham's face is obscured. 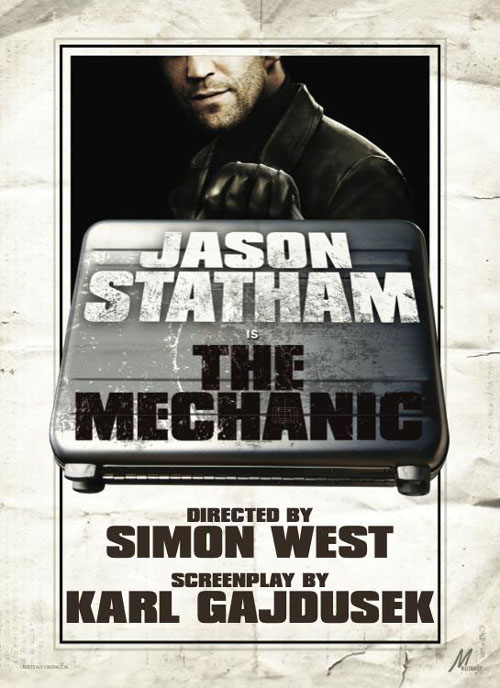 By the time this trailer was released. It became pretty apparent that perhaps the only thing that this new movie will share with the original is in name only. The below one sheet focuses on what else - the guns. 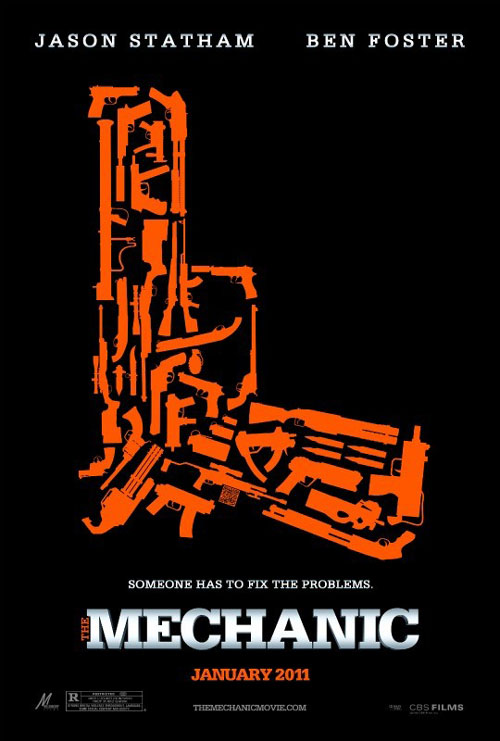 What do you think of these two trailers? Also, have you seen the original The Mechanic? Feel free to expound on what I've hinted at here about the ending and major plot point of the original.