It's September, let's talk about the 2012 Oscar nominations

September means we've just entered the final turn on the racetrack known as 2011. As we head down the home stretch, everyone will start thinking of the year's best movies and the 2012 Academy Awards. I say we get a jump start on all the pundits with some crazy-early predictions for next year's Oscars.

I have to admit my inspiration comes from comedian Doug Benson's awesomely awesome Doug Loves Movies podcast. In the Aug. 29 ep, starting at about the 27-minute mark, he brings up the discussion as a new segment. Doug has several worthy mentions. Some are solid picks and others are a bit dubious.

To Doug's credit, I don't think he intended these to be predictions per se but his favorites from "Two Ocean's Eleven" so far. I'm just using them as a jumping-off point for my forecast. Anyhoo, here are Doug's early choices: 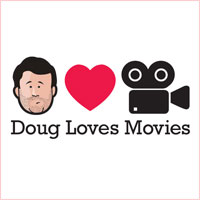 Doug will assuredly update his selections as more Oscar-bait films are released this fall and holiday season. I strongly recommend you follow along by subscribing [iTunes link] to his fun podcast. You can also follow Doug on Twitter.

Now's the time for my predictions. There are already some films that are near locks for a Best Picture nomination:

Midnight in Paris is the resurgence of Woody Allen. I bet my young Asian step-daughter it gets nominated. The Help is both a critical and commercial success. It should get a lot of nominations. Hear me out on Harry. Just as the Academy shined on the final installment in The Lord of the Rings films, I think they'll do the same for Harry but just in a token Best Picture nod amongst the 10 nominees. Since the field is 10, Super 8 or Rise of the Planet of the Apes might get a selection but I'm not wagering it.

I agree with Doug that Paul Giamatti will get nominated. He's just a solid actor and has been overlooked in recent years for American Splendor, Barney's Version, and others. The Academy will look to right those wrongs. Here are a few other early Best Actor contenders:

Owen Wilson should get tapped for being Woody Allen's mouthpiece. Brad Pitt might get a slot too, but I think it's a longshot with the upcoming slate of good films. Parks is probably a longshot because of the unorthodox release of Red State but he's very deserving.

As for Best Actress, the nominees are usually harder to come by. Not saying anything inferior about the ladies it's just Hollywood doesn't offer them many meaty roles. My guesses so far:

While Viola Davis, is a cinch for a nomination, the others are longshots. I think the Academy will honor newcomer Chastain's year of work somewhere, I'm just not sure for which film. Vera Farmiga has a better chance for this film which she also directed.

I'll lump together both Supporting categories here. There have been some really good ones so far and these are the best chances, in my opinion.

Reilly is a perennial favorite. Rather than the comedy Cedar Rapids, I think he'll get picked for this little movie. Octavia Spencer stole the show as Minnie in The Help and it's already her Oscar to lose -- and I don't think she will. Speaking of scene-stealers, McCarthy should get attention although the Academy has something against comedies. I'm also siding with Doug Benson on Fanning but she's a darkhorse really.

I won't get into Best Director or any of the other categories just yet. Even I'm not that crazy. I will put my money down for a few documentaries. Those films tend to surface earlier in the year and I think we've already seen quite a few good nonfiction films.

These talented filmmakers have brought us the likes of Man on Wire, Grizzly Man, The Thin Blue Line, and The Fog of War. They should be nominated once again. The first-time filmmaker behind Buck, Cindy Meehl, should get the call too.

Next month we'll update our choices and look toward those award-worthy films scheduled for the rest of 2011.

So, what do you think about these early picks? Am I already off my rocker? Should Diary of a Wimpy Kid 2: Rodrick Rules be nominated for Best Picture? Send in an email and set me straight.