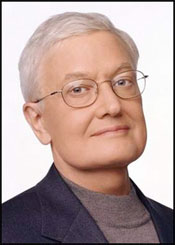 I love holiday traditions. Posting film critic's annual "Best of" list is one of the things I enjoy most around this time of year. Not showcasing Ebert's picks would be like not decorating our Festivus Pole.

Equal parts obscure and mainstream, Ebert's list of the 20 best films for 2011 has a lot to offer. You'll find validation for some of your favorites as well as a few "I've never heard of that movie" moments.

Head over to Ebert's blog to see his recap of each pick. He also includes 30 more selections that serve as his honorable mentions. Ebert promises to post another list comprised solely of 2011's best documentary films.

Incidentally, Roger published his memoir this year. "Life Itself" shows what an excellent writer and thinker the man is. The book itself is appearing on my literary critics' Best of 2011 lists.