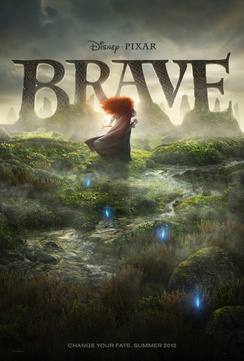 Less than a day after yesterday's deadline, the Academy of Motion Picture Arts & Sciences released the list of the 21 films submitted for consideration for the Best Animated Feature Academy Award. Some of the films have yet to complete their one week Oscar-qualifying run, but they have until the end of the year to do so.

There has to be a minimum of eight animated films released in Los Angeles during a calendar year to activate the category. If the number of submissions equal 16 or more, then there will be five films officially nominated. Otherwise, they would only be three nominees.

The Best Animated Feature has been in existence since 2001. During that time, Pixar leads all other studios with six wins among eight nominations. Dreamworks comes in a close second with two wins and nine nominations.

The 21 submitted features, listed in alphabetical order by title, are:

If I had to handicap the race right now, I would say that the locks for a nomination are Brave, Wreck-It Ralph and Madagascar 3: Europe's Most Wanted. I think there's a really good chance that ParaNorman snags a nomination.

That leaves one nomination and I think I'm going to go out on a limb and pick a wild card in A Liar's Autobiography: The Untrue Story of Monty Python's Graham Chapman. I think that the R rating will actually play into its favor among Academy members.

The Monty Python brand should help it to garner interest and support in what is normally considered a category full of films targeted primarily towards children.