Owen Wilson is all grown up in 'No Escape' trailer 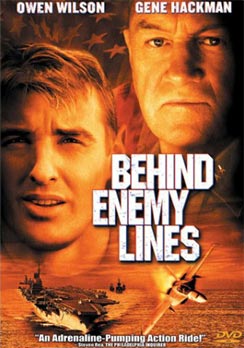 Believe it or not, back around the turn of the millennia, Owen Wilson tried his hand at action roles. Sure, he was the comic relief in Armageddon and the Shanghai films, but there's no denying his action presence in those films.

In 2001, he was given the chance to headline a straight action film in Behind Enemy Lines and it was pretty successful, bringing in over $57 million at the box office. That film birthed a slew of direct-to-video sequels, but Owen Wilson changed gears to focus on his comic stylings.

Now known as being primarily a comedic actor, it's a bit jarring to see him play it straight in a heavy action film such as No Escape and yet the first trailer is pretty promising. It also helps that he's got a former James Bond in Pierce Brosnan to blaze the trail quite literally in this film.

Perhaps the most shocking thing for me though is to see the maturity that Wilson displays in the trailer. His whole family is put in harm's way and like the many action heroes before him, it's Owen's job to lead them to safety no matter what the cost. This is where I think his vulnerability and absence from the action genre might play into his favor.

You might recall that this film was once known as The Coup but The Weinstein Company changed it after they found out that many people were confused by the term coup. Personally, I'm shocked. Didn't anyone else see JFK?

No Escape, or The Coup, or Behind Enemy Lines 2.0: With The Family, hits theaters on September 2 so there's plenty of time to change the name a few more times between now and then.