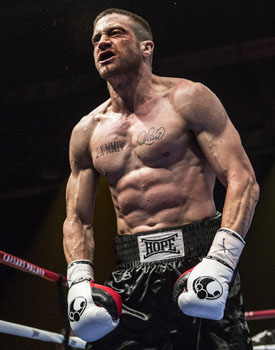 So I sit and wait for inspiration and words to magically fall out onto the blank page, but they just won't come this morning. I think it's because we've reached the blah section of the entertainment calendar.

March and April really are tough months to get excited about. Spring is sprung or close thereabouts, so it's hard to get excited about staying indoors and watching films. We are on the cusp of the Summer months and all of those amazing films, so this weekend was sort of like the blah before the hurricane that is Summer 2015.

Next weekend, all bets are off at Furious 7 officially kicks off the Summer juggernaut that probably won't slow down before the end of August. Along the way, there will be plenty of ups and downs, surprises and disappointments, but above all else it should be one hell of a ride.

But that starts next weekend, for now it's time to enjoy the relative calm before the storm. Grab your favorite beverage and join me in the MM.

There's a nice story developing in 2015 at theaters and that's the resurgence of the family film. After a down year in 2014, family films are back in a big way at the box office. This weekend proved to be no exception with the #1 debut from the animated film Home.

The unassuming film about an outcast alien from a force of aliens invading Earth who befriends a human opened much better than expected with $54 million. This film was delayed from late 2014 and many took that as a negative sign, but instead of following in the footsteps of similar fare such as Mars Needs Moms and Escape from Planet Earth, it blazed its own happy trail.

I wasn't as confident about Home potential either, so I failed to predict that it would break $100 million. But that strong debut pretty assures that Home will not only finish over $100 million, but it has an outside chance at $200 million with the lack of any real competition for the foreseeable future.

It's hard (get it?) to get pumped about a film that opens in second place, but there are some reasons to be excited by Get Hard's debut. The $34.6 million opening isn't bad, but many were expecting the comedy to approach a $50 million opening. Of course, that number represents the third best live-action opening of Will Ferrell's career and the second best for Kevin Hart.

And yet, the pairing of these two comic geniuses seems that the opening take should have been bigger. There's still an outside chance that the film will meet my expectations of surpassing $100 million, but I have a feeling that Furious 7 will crush those dreams next weekend and Get Hard will end up in the $85 million range.

Insurgent finished in third place and fell off at about the same rate as Divergent. The final numbers are looking to land in the $140 million range. Another odd performer is Cinderella which should have better holds that what it has gotten these last couple of weeks. That said, it's already over $150 million and could still end over $200 million. If the timing works out, it could be the highest grossing film of 2015 for like a day before Furious 7 overtakes it.

Jake Gyllenhaal is ripped in his boxing film with a heart. It would appear that many of the same old sports/boxing tropes will be on full display in this one, but I'm holding out hope that Gyllenhaal will be able to elevate the film with his performance.

It's time to get back to work. Until next week, Mix Well!