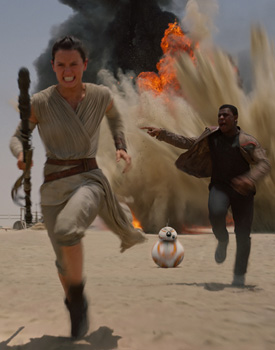 Let me tell you about lightning.

When we sit out on our porches in the evening while a storm rolls in, we don't give it much thought. Mostly, we admire its beauty, but fail to comprehend its power. Let me tell you how powerful lightning can be.

So, I arrive home on Friday after work looking forward to a nice, relaxing Father's day weekend. Instead, what I'm confronted with is a hodge-podge of tripped breakers and non-responsive electronics. That's not good.

As you may know, I have two toddlers in the house and while yes, they get out and play, read books and otherwise occupy themselves in non-TV related activities more so than their peers, the TV is a vital piece of equipment in the war against kids raging against their bedtimes. Our main TV was not responsive in any form or fashion, but my panic did not set in because surely our TV upstairs would still be functional, right?

Both TVs were non-responsive which was odd and my panic started to rise. I knew that we had some typical spring/summer storms roll through in the afternoon, but none of them had risen to severe proportions. Let me tell you, lightning can be severe in any serving size.

Seeing an electrical/HVAC truck pull up in my neighbor's driveway started to clue me in the culprit. After making sure that all of the breakers were reset and that electricity was flowing properly throughout the house, it was time to create an inventory of losses.

As it stands, we lost two TVs, both DirecTV HD DVR boxes, our Comcast modem and our upstairs thermostat on our HVAC unit. Thankfully, the HVAC, Comcast modem and DirecTV boxes were all covered under their respective warranties/protection plans, so those are covered, but the two TVs were old and probably in need of a good replacing. And no, I know what many of you are thinking (as my wife also postulated), I did not connect any sort of lightning rod to help speed along the process of TV replacement.

So, there I was in Best Buy on Saturday evening getting their best hard-sell effort on the latest and greatest that TVs have to offer. Thankfully, my day job allows me to keep up on the most recent developments in technology and home entertainment. Sure, I knew that Samsung had displayed an 8K 110" TV at this year's CES, but I also knew that my wife would kill me if I brought home a behemoth like that. Not to worry as 8K is not even available commercially yet and probably won't be for the foreseeable future, but I was in the mood for a good 4K TV.

True, the available 4K content is pretty scarce, but there is content out there and the recent announcement of industry standards for the nascent Ultra HD Blu-ray discs means that content will be flooding in sometime around Christmas. Fingers crossed. I also made informal inquiries to the big studios earlier this year and they are aware of 4K/Ultra HD Blu-ray and each one basically gave me their own take on a wait-and-see approach.

I get that. Blu-ray may have won the HD format war, but it's far from entrenched in the general public. Introducing a new format so soon will surely only create marketplace confusion, but the reality is that by the end of 2015 there will be a sizable number of people that own 4K TVs desperately searching for content.

Whoa, back on topic. Lightning. Right, so needless to say I ended up getting a Samsung 65" 4K UHD TV and since we are still waiting for our satellite and internet services to be restored, I was left playing with my blu-rays and DVDs. Gravity was the first film I queued up and I think I made a fine decision. I had not seen it previously, so I have nothing to compare it to, but it looked quite impressive.

Naturally, I'm still dialing in all of the settings, but so far so good. Next, I think I'll try Interstellar which I've seen a couple of times on my old DLP. I think the difference is really going to be out of the this world. Pun intended.

So, lightning, yes it's a powerful mean thing. Just take a look at one of our light switches below, but things could have been much, much worse. Enough about new TVs, let's talk Dinos and Toons in this week's MM.

This week was shaping up to be a battle of heavyweights. Could Inside Out tackle the beast that is Jurassic World and maintain its perfect string of first place box office openings for Pixar? Or would Jurassic World prove to be a film with such staying power that it might truly morph into an epic box office performer?

The answer is, surprisingly, both.

Well, there's no use in sugar-coating it. Pixar's streak for number one openings will officially end at 14 films. Despite its massive $91 million opening weekend (second best ever for Pixar behind only Toy Story 3's $110 bow), Inside Out opened up in second place behind returning box office champ Jurassic World.

Don't worry, the news isn't all bad for Pixar.

Despite not opening up in first place, Inside Out did break one pretty significant record this weekend. Its performance is now the best opening weekend ever for an original film, not based on previous material or a sequel. It bested Avatar's $77 million opening weekend in 2009. Of course, don't feel bad for Avatar, it followed up its opening with unheard of minuscule drops of $76 million and $68 million weekends.

That's a pretty good example of the change in mindset from then to now and why I question if Avatar is still relevant in today's film landscape. Back then, studios had patience and let films linger in the marketplace. Today, it's get in, go big and go away. I still feel confident about my prediction that The Force Awakens will break Avatar's box office record, but it's going to be buoyed by a huge opening and decent legs. Unlike Avatar's seven month run, I don't think The Force Awakens will still be in theaters next July.

Inside Out should hold up well until Minions comes out in three weeks. I don't think it will do Toy Story 3 business, but I think it'll end up over $300 million. It has an outside chance to pass Finding Nemo's $339 million for the second best Pixar performance of all time.

Jurassic World might get short-changed here, but it got paid yet again this weekend. The Chris Pratt film had a better than expected hold to post its second consecutive weekend over $100 million with a cool $102 million. By the time this story hits the web site, Jurassic World will have banked over $400 million, in just over two weeks. Think about that for a moment, it will obliterate Avengers' record of hitting the mark in 14 days by at least three whole days.

Dope had the Sundance buzz behind it, but it only opened with $6 million in fifth place. Usually, there's a pretty good business for indie counter programming in the summer, but this one and Me and Earl and the Dying Girl are finding it a tough road to hoe in this action, tentpole heavy year.

This footage from Star Wars: Battlefront may "force" me to finally get around to buying a PS4 or Xbox One.

The boys are back in town.

First, Episode VII News has the exclusive first look at Greg Grunberg in character and costume from the upcoming The Force Awakens. We also get a look or two at some returning characters, check it out here, but be warned about potential spoilers and all that.

Finally, life hasn't been fair for poor Jake Lloyd. Cast as Anakin in the forgettable The Phantom Menace, he's basically been a punchline ever since. Now, he's in real trouble with the law as he was arrested in South Carolina over the weekend for leading cops on a car chase. So many jokes, so little time. I guess this was one podrace that he couldn't win.

Mixer, I am your Father.