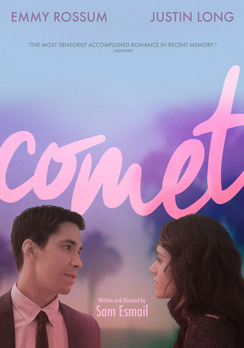 Well, it seems that most of you seem to like the new weekly list. Either that or your apathy has spoken for you. Whatever the case may be, I'm going to crank these out until enough of you complain.

This week's big releases include Home and The Water Diviner, but everyone knows about those, it's the smaller, independent fare that we will attempt to shed a light on here each week. This week, there's a little something for everyone and it was actually hard to whittle down the list to a manageable number.

Remember, let us know what you think of this new series and whether you agree or disagree with our selections. Let's illuminate the Cooter Watch List.

Admittedly this film will probably skew a bit younger than our target demographic, but there are a lot of us out there with kids at the certain age that will eat up this film. In a nutshell, Disney has a produced a live-action film centered around the offspring of some of their most beloved and despised characters. The four main evil kids are Maleficent's daughter, Cruella De Vil's son, the Evil Queen's daughter and Jafar's son and they are given a chance for redemption. They have been hyping it nonstop over on the Disney family of channels and it does feature Kristin Chenowith as Maleficent, so if you have kids, you could do a lot worse. Just know that it streets on Friday, which also happens to be the day it debuts on the Disney Channel.

What if man's best friend suddenly became his worst nightmare? That's the general premise of White God where a severe tax on mixed breed dogs leads to owners dumping their mutts for purebred canines. Needless to say, the dogs don't take this abandonment well. There is one young girl who is searching for her lost mutt that her father has unceremoniously dumped on the streets and they might be the only hope in stoping the war between man and dog. No really, I'm not making this up. The film is certified fresh on Rotten Tomatoes, but be forewarned that it is in Hungarian so some reading may be required.

Another foreign film, 3 Hearts is a romantic drama along the lines of Before Sunrise. Basically, a man and a woman meet and make plans to meet up again later, but circumstances intervene to prevent their second encounter from happening and without anything to go on to find each other, the would-be couple goes their separate ways. The man marries and wouldn't you know it, his new wife is his lost love's sister. Instead of Adam Sandler showing up and it turning into a madcap comedy, the film takes a more serious, dramatic route that explores love and destiny. Might be a bit on the serious side for some, but it does feature the sumptuous Charlotte Gainsbourg who made a few waves on this side of the pond last year for her Nymphomaniac films.

She Loves Me Not

Let me spin you a yarn in which The Princess Bride has a slightly different ending where they don't live happily ever after. Cary Elwes is a hard-drinking author trying to get his literary career back on track, but he keeps getting distracted by beautiful sirens. Seriously, I would kill for the troubles that he has. The cast is top-notch including Karen Black, Joey Lauren Adams and the aforementioned Elwes. But it might be relative newcomer (at least to me) Briana Evigan who steals the show. She's young and wry and it certainly looks like she's able to more than hold her own in the scenes with her more experienced co-stars.

Revenge of the Mekons

Look, it's a sad fact but true, many punk bands just weren't wired for longevity. Sadly, too many of them ended in tragedy, but even those that lived on, not many were able to keep the band together. Call it a necessary offshoot of this musical genre, but the facts are hard to dispute. So, the fact that the Mekons have been doing their brand of punk music for over 40 years is indeed quite impressive. The band has quite a following and I always enjoy getting these types of look behind the music, so to speak.

The Island of Dr. Moreau is one of the worst films that I've ever seen. It's bizarre, weird and just plain dumb. It is easily the worst entry on the acting resumÃ©s of stars Marlon Brando and Val Kilmer. The film is so abysmally bad that you almost wonder if there's a great story behind its suckage. It turns out that there is and this film tells that story. I've read up some on Richard Stanley's descent into madness during the filming of The Island of Dr. Moreau, but now we get the other side of the story straight from the genetically-altered horse's mouth.

What's the old saying about saving the best for last? Well, this was unintentional, but Comet is a film that looks quite interesting to me. I'm not quite sure if there are alternate realities, dimensions or just really cool editing going on, but I like it. I also think that Justin Long and Emmy Rossum are two of the most underrated actors working today, so it's refreshing to see them get a chance to stretch their legs together. Oh, I should also mention that this film was written and directed by Sam Esmail. Who's Sam Esmail you ask? Well, he's the creative force behind the new TV series M175666 {Mr. Robot that Tim and I are currently enjoying. If the TV series is any indication of what we can expect in this film, then I don't want to miss it.