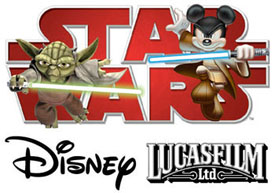 It's weird. It's not often that I can relate to the weekend's top movie, but with our current situation, I see a little bit of Matt Damon in myself.

Or perhaps I just need a new mirror.

Sure, the landscape isn't as desolate as Mars, but the isolation that we are feeling without your interaction must be at least somewhat akin to Mark Watney's experience. To continue the analogy, I promise that we are working our hardest in the background to reestablish our connection.

Of course, the fact that Mark Watney can MacGyver a tin can communication from Mars to Earth and we are still offline makes me a bit sad. But, there's light at the end of the tunnel and we are hoping to be back up soon.

So, while we wait for our distress call to be answered (I hope it doesn't last a whole four years like the movie), let's take a look at this weekend's box office performance.

This weekend was all about The Martian. How big would it be? And will audiences flock to see yet another space disaster film? Think about it, whether it's pure sci fi (Interstellar) or drama (Gravity), audiences can't seem to get their fill of this odd little niche.

If it's set in space and astronauts are in peril, then audiences want to see it. Heck, they even showed up for Ridley Scott's ill-fated Alien prequel Prometheus in 2012, at least for the opening weekend ($51 million). In the spirit of full disclosure, I was one of the few who actually enjoyed Prometheus so keep that in mind.

Despite some wild predictions later in the week that The Martian would open near $70 million, anything over $50 million would have been considered successful and breaking Gravity's record for an October opening ($55.7 million) would have been the cherry on the proverbial sundae. Well, the record will be a photo finish, but a reported weekend total of $55 million is still nothing to sneeze at.

Despite the many similarities to the 2013 hit, I don't think The Martian will completely follow Gravity's box office path. I still can't fathom how Gravity ended up with $274 million, but I could easily see The Martian finish with $225 million. Sadly, I think the increased competition coming down the pipe in the next couple of months will curtail The Martian's earning potential a bit, but I think Fox will be pleased when all is said and done.

Poor Sony. Just when you think things are coming together for the studio after the hacking fiasco with last week's impressive debut from Hotel Transylvania 2, their new film The Walk failed to follow in Everest's steps with its non-traditional release strategy. Opening only in IMAX and large-format theaters, The Walk only turned in a pithy $1.5 million weekend. That's a far cry short of Everest's $7.5 million debut.

Of course, Everest crashed and burned (relatively speaking) when it expanded, so perhaps the reverse will be true when The Walk expands later this week. I still think this film is going to have trouble finding an audience in this suddenly crowded marketplace, despite its solid reviews. The true story high-wire act should top out at around $25 million.

Not so fast, it seems that Doc Brown is hinting at some new, additional goodies in the new set. I guess we shall find out in a few weeks.

First and Final Frames from Jacob T. Swinney on Vimeo.

At what point is it overkill? I have faith in J.J. though, so I have hope still. I think the person who created this video below feels the same way. They took classic Disney animated characters and inserted them into the trailer for The Force Awakens. Poor Olaf, and yet so hilarious.

Do you want to play a mixer?