The past catches up to 'Back to the Future' 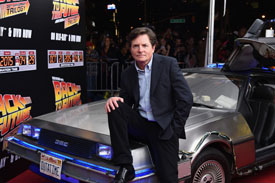 I literally grew up watching Back to the Future. It's the first franchise that I can recall in which I viewed each installment in theaters during its initial theatrical run. I was 10 when the original film came out in 1985 and then 14 and 15 respectively when Part II and Part III debuted.

So, it shouldn't surprise anyone that I couldn't pass up an opportunity to see these films again on the big screen in one marathon viewing session. Of course, I'm not as young as I used to be (none of us are, right?) and it had been a full 15 years since I last attempted such a feat in the form of Kevin Smith's 2000 Vulgarthon. But I certainly wasn't going to allow something as fickle as "old age" prevent me from reliving my adolescence one more time.

And besides, this three-film buffet would prove to be the perfect training run for the Star Wars smorgasbord that I've already committed to in late December. I learn a few things and now I believe that I'm in the right mindset to tackle the ultimate Star Wars marathon. But that's in the future, let's stay in the present (or near past) and talk a bit about these great films.

I honestly didn't know what to expect though as the Back to the Future crowd isn't as fancy and flamboyant as the Star Wars set, unless you are wealthy enough to be able to afford a screen-worthy replica of the infamous time-traveling DeLorean. So, would anyone come in costume (yes, there was one Marty complete with "life preserver" vest)? Would they yell out the dialog in perfect alignment with the actors? Would they throw horse manure at the screen?

Thankfully, the answer was no on that last one and to be honest, the audience was very similar to me. There were a bunch of 30-somethings who grew up with the films and just wanted the opportunity to show their appreciation of this milestone franchise. 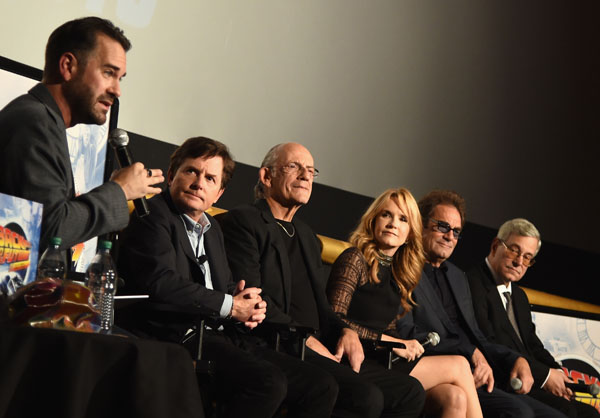 Interestingly, there were also a couple of folks who brought their children with them. The kids probably ranged in age from 8 to 14, maybe 10 kids total, but it was evident that they shared their parents' zeal of the films. You could also tell that some of them were experiencing the films for the first time. It was reassuring that they were cheering and laughing genuinely at all the right spots. That's a pretty big testament to just how timeless these films really are.

Their excitement and our reverence combined to make the six-hour journey one of nostalgia and pure ecstasy. We weren't just checking in with long-lost friends, but we were also checking in with ourselves and that's the true beauty of these marathon film events.

You are forced to spend a lot of time in a dark room with films that are as much a core of your foundation as anything else in life. The themes of the Back to the Future films also lend themselves to introspection as they deal with the unknown and destiny and how we all carve our own paths through this maze of life. I'm sure when we all sat down to watch these films back in the '80s, we had certain ideas of what our lives would look like 30 years in the future. And while they may or may not have included flying cars, one thing is certain, no one got it absolutely correct.

I can't even tell you what the 14-year-old version of me had in mind of what we would be doing at 40, but I can tell you it wasn't this. Hell, the Internet barely existed in 1990 and a career working on a movie-related website was as preposterous as the idea of self-lacing shoes or clothes that could tailor and dry themselves. 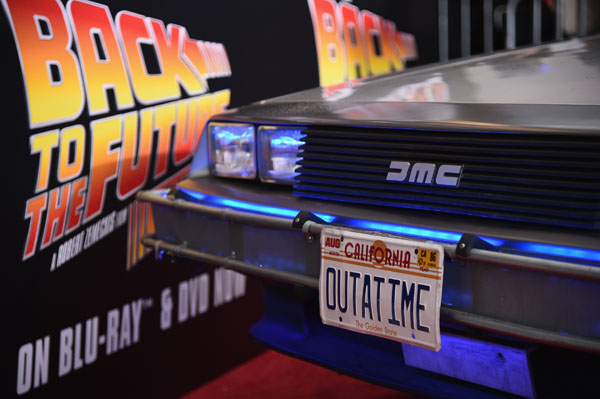 But there's one lesson from the film that applies just as much now as it did then. The future isn't written out somewhere, it's a clean slate and you can make it whatever you want. So, for six hours last night, I decided to revisit my cinematic past and it's a trip that I hope others will make when the time comes. Sometimes we forget just how empowering a great film can be, especially in the grandeur as it was originally intended to be seen, on the big screen.

Sure we could watch the films on our phones while going to the bathroom (not even Back to the Future was able to see that coming), but where's the fun in that? Some films are cultural touchstones and as such demand to be seen with others so that we can all enjoy them for the masterpieces that they are. The Back to the Future films certainly fit this bill and I only hope that I'm not the only one in the theater 30 years from now for the 60th anniversary of these films.