Review: 'Gods of Egypt' is reborn on 4K UHD 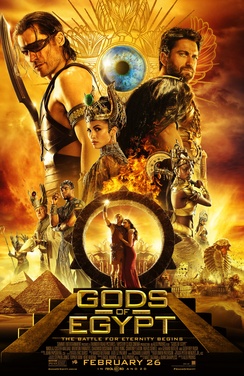 Reviewing films is never an easy task. Sure, it sounds easy. Watch a film and then write about it, what could be easier, right? Wrong. Much like eating ice cream for every meal, there is such a thing as too much of a good thing.

And what if, instead of ice cream, every meal was liver and onions? Sure, there are people that love liver and onions, but it's hardly everyone's favorite cup of tea. Have I mixed enough metaphors yet?

That sort of confusion is precisely what I was feeling as I was watching Gods of Egypt. It's not a bad movie per se, and there are interesting threads here and there, but ultimately, it seems to suffer from too much collaboration. Lionsgate was so sure of its success that they were already making plans for Gods of Egypt to be the first film in a new franchise to rival its juggernaut The Hunger Games.

Unfortunately, the execution left a lot to be desired and the result is a mishmash of interesting thoughts and exasperating plot defects. For instance, I like the fact that Egyptian Gods are presented with human flaws such as hubris without realizing it, but I'm also gobsmacked by their lack of consistent behavior. For instance, why does Ra pick and choose his interventions playing the role of omnipotent supreme being, but it unable to predict his own son's actions?

4K to the Rescue

If there's hope for the poorly received Gods of Egypt, it's that it might borrow liberally from its own plot to find a new life on home entertainment. Thankfully for the film, the new 4K Ultra High Definition Blu-ray format is perfectly suited to showcase the film perfectly in the home entertainment realm. 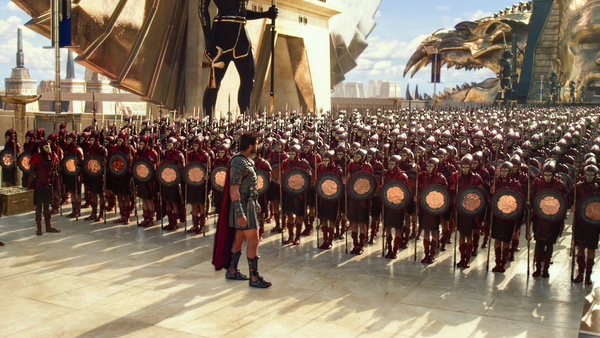 And thankfully for this review, it was the 4K UHD Blu-ray version that we reviewed for the site. I've had a 4K UHD player for a few months now and I absolutely love it. I truly believe that it reveals the true power of these 4K TVs and gives people the closest theatrical experience that they currently have in their house.

The Wider Color Gamut and High Dynamic Range is on full display on this 4K version of Gods of Egypt. During the battle between Set and Horus at the beginning of the film, I was literally sitting there with my jaw agape taking it all in. I had to go back and watch that scene on the regular Blu-ray disc just to appreciate the higher quality of 4K and trust me, you can tell a big difference.

While the film was gorgeous to look at, Gods of Egypt seemed to fall apart in between action sequences.

It's not that Gods of Egypt was lacking a plot, it's that it lacked any real urgency or potential consequences that completely undercut the film itself. For instance, whenever there was an obstacle, take Zaya's death, for example, a plot device was created so that we never felt that any real danger. The only thing her death provides is a time frame for the events of the film. 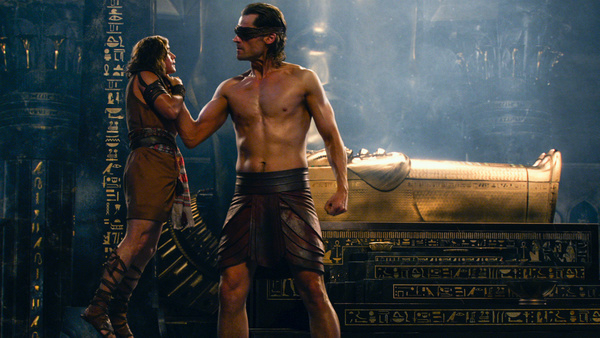 Since she's not "all the way dead yet," the heroes still have time to save her. And we know that she will be saved and reunited with her lover Bek because, well, again there isn't much more to the story. Sure, you have the retread stories of an overlooked sibling exacting his revenge on his ruling sibling (Lion King anyone?) and the hero on a quest who must grow by learning values from a perceived lesser being (The Lord of the Rings, The Empire Strikes Back, etc.), but neither of them or strong or unique enough to carry the film. 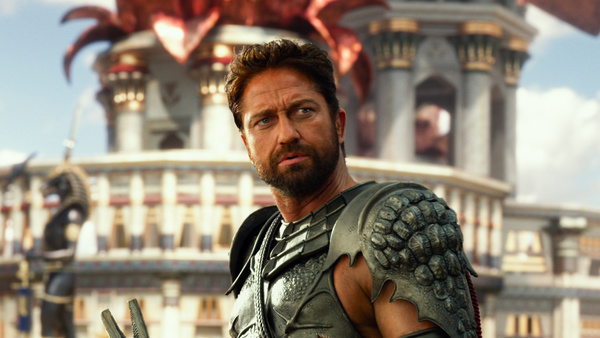 When Gods of Egypt goes off on one of these tangents, that is when the film really loses its way. Thankfully, the magical plot devices continue to appear and mercifully, the journey is finally completed. And yes, the film is set up for the wishful thinking sequel that will most likely never see the light of day.

One of the main criticisms lobbed at the film during its theatrical release was the white-washing of presumed Egyptians. Sure, filmmakers claimed that it wasn't really Egypt and the usual protestations, which is fine, but you clearly intend the audience to draw the conclusion that it is Egypt. I mean it's right there in the title.

I didn't take particular umbrage to all of the white castings as much as I was annoyed by the various accents that seemed to change throughout the film. Much of the filming took place in Australia and it's pretty evident as half of the accents were straight from down under. Again, this is all revealed to be taking place on an alternate, flat Earth, so please create as you see fit.

But when these are the things that we are noticing and talking about, I think that speaks more to the glaring problems in the script. If it was better, perhaps it would hold our attention more and we wouldn't be free to wonder about these oddities.

It's Not All Bad

As I mentioned above, this is a film that should find a sizeable audience on home entertainment. There are moments that are beautiful and a scene or two that will make you recall the finer moments of Raiders of the Lost Ark.

Director Alex Proyas, who is known for his visual style and science fiction motifs, claimed to have a particular plan in place for subsequent installments. While I doubt that we will ever see these up on the big screen, I would be interested to see where he envisioned the franchise going from here.

As I said, there are some intriguing threads here and there and perhaps if they weren't too concerned about setting up sequels, then this film could have been much better. Unfortunately, we live in a world where sequels are greenlit before the first film even unspools at the box office. It's this franchise mentality that I believe is destroying film more than any other force at play. If Hollywood were to spend just a bit more time developing films and not worrying about the future, I bet the future will take care of itself.