Monday Mixer: Another young actor leaves us way too soon 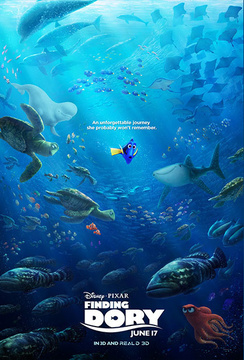 This year has not been kind with news of untimely death. We all know that our own mortality is inevitable and yet, we somehow believe that we will live forever. The reality is that everyone dies, but it seems that far too many in Hollywood are dying tragically young.

This weekend saw the tragic, freak car accident that ended the life of talented actor Anton Yelchin. He was most recently and probably best known for playing Chekov in the rebooted Star Trek films, the latest of which is due out next month. But, being the huge Stephen King fan that I am, I first saw him steal the screen in Hearts in Atlantis and knew that he was going to be special.

Alpha Dog is the performance that will most likely be his crowning achievement and yet, I always thought that his best days were still to come. His untimely death really reminds me of Heath Ledger's demise in that they had both demonstrated the ability to act superbly in a variety of roles, in films both big and small.

This morning, I opened my mail and there was my review copy of Anton's upcoming film Green Room, a stark reminder that life will go on after we depart this plane of existence. Green Room won't be Anton's last film, he recently just finished filming 185826{Thoroughbred with an impressive young cast consisting of Anya Taylor-Joy and Olivia Cooke, but it will be fresh reminder of the talent we lost this weekend.

Stories like this make it difficult to report on the trivial goings on in Hollywood or the box office performance, but it's also an important reason to do so. Actors and actresses leave their legacies on celluloid and by revisiting their performances from time-to-time, we keep them alive in the silver screen of our minds.

Rest in peace Anton, you will be missed.

The opening to BoxOfficeMojo's weekend writeup really hits the nail on the head. The real lede isn't that Finding Dory set a new record for a animated film opening (it did), the bigger story is Disney's box office dominance this year. This past weekend represents the eleventh time that a Disney film has topped the box office in 2016.

Think about that for a minute. The end of June represents the half-way point of the year, so that will be 26 weeks and almost half of them will have seen a Disney movie in the number one slot. That is beyond domination. That's Babe Ruth in his glory or tongue-wagging Michael Jordan at the peak of their game dominance. Looking ahead to the rest of the year, it doesn't appear as though the second half will be much different.

Pixar's Finding Dory earned a massive $136.2 million this weekend, which surpassed Shrek the Third's $121 million opening in 2007. While that sort of opening pretty much guarantees a $300+ million final number, one has to wonder how much The Secret Life of Pets will eat into its earning power when the latter film debuts in theaters on July 8.

Whatever happens in July, it will provide Disney with some pretty compelling data to plan the next few years. Zootopia opened in a relatively quiet period on March 4 to a much less $75 million, but the film is still earning serious box office money (it comes in this weekend at #13 - despite being available on home entertainment since June 7).

Zootopia has earned $340 million using the turtle, er sloth, approach but if Finding Dory isn't able to break the $400 million barrier with the rabbit approach, then perhaps Disney will rethink its Summer release mandate for Pixar films. As I said, the next few weeks should be rather interesting to say the least, but I have a feeling that Finding Dory will perform at a high level and finish up with $425 million. The real story will be how The Secret Life of Pets fares.

You would think that with such a massive number by Finding Dory, the rest of the box office would be depressed. You would be wrong. The weekend's other big film Central Intelligence opened solidly with just under $35 million. That performance is on par with Kevin Hart's other recent film openings, but the real test will be if it shows real staying power.

The knock on Kevin Hart at the box office is that he's a one-shot star. He blows his load on opening weekend and then his films drop like a lead ball for the rest of its release. This performance is contrary to common sense as his films tend have strong audience scores, which would tend to indicate that his films should hold well. I believe the inclusion of Dwayne Johnson will help Central Intelligence's performance and it will finish over the magical $100 million mark.