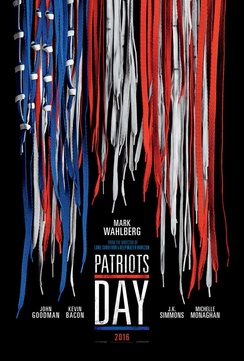 It's not often that I'm able to sneak away and see a film by myself. These days, a large proportion of my theater-going choices are largely dictated by my young children. But yesterday, I actually had a few hours and a big choice to make.

I went back and forth because Marvel films are spectacular on the big screen, but I just wasn't feeling their particular brand of escapism. On the other hand, I had heard nothing but wonderful things about Arrival and the film's message intrigued me.

Ultimately, I went with Arrival because I was in the mood for smart Sci Fi and boy, did I make a great choice. Now, that's not to say that Doctor Strange is a bad choice, or that I would have had a bad time watching it, but I was quite happy with my selection.

I talked a bit about the use of silence in my review for The Witch earlier this year and it's a filmmaking technique that I appreciate more and more as most of today's films go to the other extreme, filling the scene with as much noise as possible. Director Denis Villeneuve uses it in Arrival and the result elevates the film to a whole different level. Looking at Villeneuve's body of work, I realize that I enjoyed every film that he's directed.

Next up? Blade Runner 2. And suddenly, I'm interested in this long-gestating sequel.

Doctor Strange is just a film that is determined to make me look bad. It's not that I didn't think it could be big, I was just concerned as we start to explore these fringe comic book characters. At some point, you have to think that there will be a pushback from comic book films, but so far, there's no sign of one.

This weekend, Doctor Strange ascended to the throne of the box office once again with an impressive $43 million in its second week. The performance was so good, that it is the second best weekend hold among the last 10 Marvel films. Now, that is indeed impressive. And it's not like there isn't strong competition out there from a bunch of different fronts, so this performance is quite impressive indeed.

In second place, Trolls had another strong hold which speaks volumes on the strength of the box office. Not only is the box office up over last year, but after a few weeks of being down, a nice rebound is good to see. Trolls turns in a really impressive $35 million second weekend. With a cool $94 million after 10 days of release, Trolls will soon find itself on this list of top-grossing films not to hit #1 on the box office. My initial box office guess of $175 million from last week now seems to be a bit small, despite Moana still coming out soon. Now, I'm thinking that Trolls will end up over $200 million, somewhere among the top five of that list.

Arrival performed at the higher end of expectations and it certainly lived up to mine. It took home $24 million for third place, but strong word of mouth should propel the film to finish with over $100 million. In fourth place, another newcomer Almost Christmas earned $15 million and looks to end up with over $50 million, although the holiday theme might give it stronger than normal legs.

The other new wide release, Shut In, was DOA at the box office with a paltry $3.7 million in seventh place. Without much publicity, the film looks to drop off quickly and will struggle to make $10 million.

Next weekend, the holiday season officially kicks off when Fantastic Beasts and Where to Find Them debuts. It should be the eighth film to surpass $100 million in 2016, extending the record for number of films to surpass that marker in its opening weekend. Looking even further ahead, there's a real possibility that we will have 10 films to break that opening weekend barrier in 2016.

That's all for today, but check back this afternoon as there was one more trailer that dropped today. But that one is just too big for the MM.