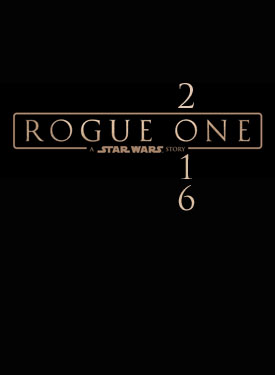 If you recall, I made a new year's resolution last year to watch at least 100 movies in 2016. Given that I have two toddlers at home, that was an ambitious goal to be sure. But, I was game to give it the old college try.

I am happy to report that not only did I meet that goal but I surpassed it by watching 104 films in 2016. I ranked each film that I watched according to Letterboxd's 5-star rating system and some interesting trends emerged.

Out of my top ten ranked films, I saw eight of them at the theater. So, either I was very selective on choosing which films to see in theaters (I did watch a total of 13 films at the theater in 2016) or the very act of seeing a film in a theater helps to elevate a film's ranking. I'm thinking that it's more of the former because I watched some real duds at the theater including The Angry Birds Movie (2 Stars).

One film received a perfect 5 Stars rating from me and you might be surprised to learn that it was not a Star Wars film. No, the top movie that I watched in 2016 was none other than The Nice Guys. As an aside, I recently re-watched it on Blu-ray and it holds up quite nicely.

On the flip side, the worst film that I watched in 2016 was not that surprising. The only 1/2 Star rating that I gave out went to Jem and the Holograms and it wasn't even that good. If I could have given in 0 Stars, I would have. That film was complete garbage and probably the only film that I truly regret wasting the 90 minutes on.

The first film that I watched in 2016 was The Force Awakens and like a nice bookend, the 100th film that I watched last year was Rogue One. Not surprisingly, they both received 4 1/2 Stars and I would be hard-pressed to name one as being better than the other.

I would say that the biggest surprise for me in 2016 was the horror film The Witch (4 Stars) . It is truly terrifying and the performance turned in by Anya Taylor-Joy was a quite a joy indeed. Unfortunately, her follow-up performance in Morgan was not as well received. I gave Morgan 3 Stars, which was easily my mode rating as 27 films got the middle rating.

Looking ahead to 2017, I am hoping to do even better in terms of watching films. I have set 125 films as my goal and I'm happy to report that I have already watched four films this year. I also have another resolution to write another screenplay this year. It's been way too long since I've forced myself to write and I have several ideas that are fighting to get out of my head.

Interestingly enough, I think it's a horror film that will finally get written in 2017. I've never written horror before so this will certainly be an interesting experiment, but I'm up for the challenge. I'll keep you updated as it begins to take shape. What movie resolutions do you have for 2017? How many films do you think you will watch this year?