The first 'The Last Jedi' trailer offers some clues 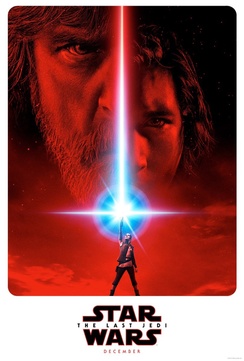 I have not read the script to The Last Jedi, nor have I sought out any of the almost certain to exist spoilers out there, but I'm a Star Wars fan darn it. It's pretty much impossible for me to watch a trailer for a Star Wars film and not speculate about the possibilities that it might imply.

It other words, there might be unintentional spoilers ahead. If you're just here to see the trailer and don't want to sullied by the random nonsense emitting from my brain, then simply scroll down to the bottom of this story or click here.

OK, now that we got rid of all the squares, can we talk about the trailer now? What? You haven't seen it yet either? Well, then why are you reading my meaningless words? Check it out!

Phew, that was pretty amazing, right? I mean, sure it really didn't amount to much in the way of plot development or show us any new characters or well, answer any of our questions, but it was honest to goodness footage from The Last Jedi, so that has to count for something, right?

I would actually argue that much like that big summer blockbuster about robots, there's more than meets the eye to this trailer. Before we get there though, it's probably important to point out that the trailer wasn't the only thing that the The Last Jedi panel delivered to the fans.

The teaser poster dropped and it's great nod back to the original film's poster that featured Luke Skywalker holding a lightsaber aloft. This time, it's Daisy Ridley's Rey with the lightsaber. 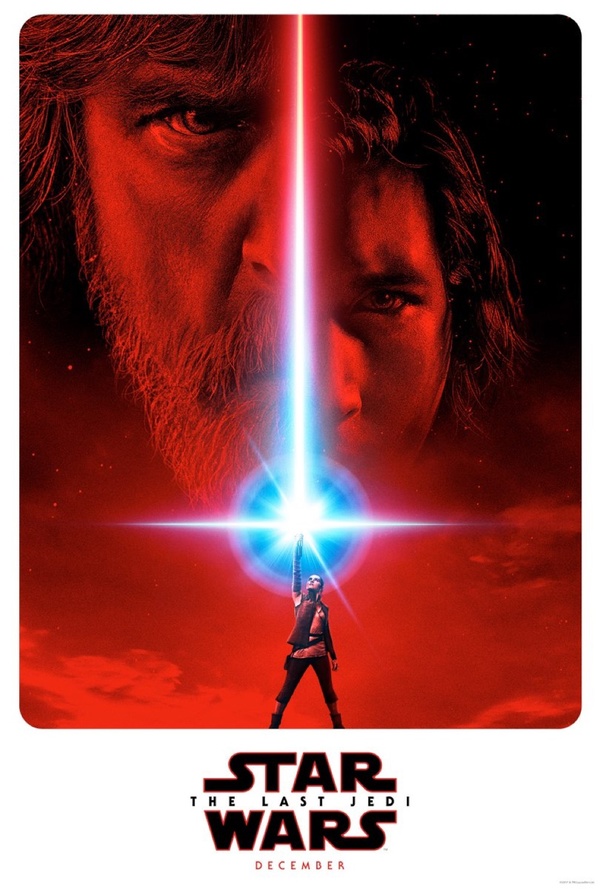 So, does this finally end the speculation that Rey is related to Luke? The parallel is indeed quite telling, but it could simply mean that much like Luke was the one that was supposed to bring balance to the force in the first trilogy, now it's Rey's turn.

If you're looking for answers to Rey's parentage, it's pretty obvious that we won't get any answers until December, at the very least. It was a running joke on the panel and it's clear that they are going to milk that reveal for all that it's worth.

Speaking of, let's pick apart the trailer, shall we?

It starts with Rey in Jedi training. We can assume that this happens relatively quickly after the events of The Force Awakens. If I had to guess, The Last Jedi will open pretty close to the cliffhanger ending of the previous film. If this is the case, it will be the quickest turnaround between events from the two films. Of course, if that happens, then what does that mean for the fate of the traditional opening crawl?

They already eschewed the crawl in Rogue One and there really isn't any new information to impart via a crawl if The Last Jedi simply picks up where The Force Awakens left off. But, they wouldn't do that, would they?

I doubt it. You need to have some passage of time in order to establish a new normal from which the action can originate from. It will probably be more akin to the timeframe between Empire Strikes Back and Return of the Jedi. I have a feeling that much of the Rey training stuff will be told in flashback form either while she's still there or after she has departed Ach-To.

To that end, I think that Luke is going to be reluctant to train her, much like Yoda was reluctant to train him, at first, but that she is able to convince him to do so. Her persuasion might have something to do with her parentage. If I had to guess, Luke is able to discern pretty quickly that she is his daughter, but that he keeps this information from her. Star Wars does enjoy its secrets after all.

Finn is still in a coma, but that will change rather quickly. I'm betting that getting him and Rey reunited will be the end of the act one. The sooner these two get back together the better. I'm also betting that the attack that sees Poe and BB-8 scrambling while an X-Wing blows up is the event that causes Rey to leave her training early. Yes, another parallel to Luke Skywalker.

I think she leaves Luke on Ach-To and he doesn't resurface until late in act three, if at all in this movie. I could see The Last Jedi ending with the reunion of Luke and Leia or the cliffhanger of said reunion. Sadly, if this is the case, it really underscores how much the loss of Carrie Fisher truly means to the franchise. I'm confident that they will be able to find a creative solution, but I have a feeling that the original plan of being able to have Leia play a major role in Episode IX would have been far superior.

I believe that a bunch of the film will focus on the action sequences that we got a taste of in the trailer. As we were able to discern from the panel and the end of The Force Awakens, the galaxy is in chaos after both sides have struck a major blow to their foes. With the New Republic decimated, it will be up to the resistance to both fight the First Order in their attempts to fill that power vacuum and put the pieces of the New Republic back together yet again.

Like any good teaser trailer, we are left with more questions than answers. We didn't get any new footage from the leadership of the First Order. We did get a little Phasma action, but I'm not so sure that wasn't part of a flashback itself. I think it's a bit more to that scene we saw from Rey's vision in The Force Awakens.

Perhaps the biggest question we have is what is up with those old, dusty books? Well, I think George Lucas finally will see one of his longest-gestating ideas make their big screen debut. I think these are the mythical "Journals of the Whills" that were originally part of the earliest titles of Star Wars.

In fact, it wouldn't shock me in the least to see a tie-in with Rogue One's Chirrut in these books. Ah, let the speculation begin. What did you think of the trailer? What do you think we are seeing in the trailer?

For those of you that scrolled all the way to the bottom, I've included the trailer again just for you.