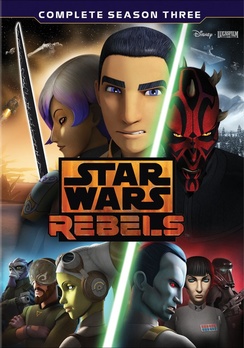 If you're like me, then you relish any opportunity to relive our Star Wars youth. Thanks to Disney's purchase of LucasFilm, we are no longer simply children at heart, but now we have almost daily new content from that galaxy far, far away.

Let's be honest though, not all of this new content is worthy to carry the Star Wars name. Granted, it's not as bad as the old Expanded Universe once was, but the powers that be at Disney are making sure to hit every sect of fandom.

As the parents of toddlers, this has been a blessing in that I can share Star Wars with my young kids in a way that parents a decade ago couldn't. Among the various new avenues to experience Star Wars, one of the best non-theatrical paths has been the wonderful Star Wars Rebels series.

Set between the events of the prequel trilogy and the original trilogy, the series has grown from a nostalgic afterthought to a major contributor to the franchise's canon. This third season is when the series really hits its stride and as such, we are a bit saddened to know that the upcoming season four will be the last installment.

Much like the successful animated series The Clone Wars, Rebels expands the Star Wars universe as it went on, but it became obvious as this season progressed that the true mission of Rebels was to provide a more direct bridge to Star Wars: A New Hope. If there was any disappointment in not seeing the series' heroes show up in person or name in Rogue One, Star Wars Rebels more than made up for it with its connective tissue.

Not only does the season officially bring Grand Admiral Thrawn into the Star Wars canon, but it brings finality to an iconic character that was interestingly brought back from his death in The Clone Wars. Seeing Darth Maul one last time was not only a bit of nostalgia for long-time fans, but it expounded upon Obi-Wan Kenobi's story.

With the recent leak that LucasFilm is pondering an Obi-Wan stand alone film, this episode will serve as a touchstone for the type of film we will eventually get. Not only that, but we get to look in on events on Tatooine before Star Wars: A New Hope and that's never a bad thing.

Finally, the story arc involving Sabine and her Mandalore heritage is one that I think most die-hard Star Wars will relish. The bounty hunter Boba Fett remains one of the most beloved and mysterious characters in the franchise and while LucasFilm sort of tarnished his mystique in the prequel trilogy, this season goes a long way to making Mandalores interesting again and that can only serve to foster buzz for the eventual Boba Fett film.

The one continuous thread through the animated series is Dave Filoni. While the upcoming last season of Rebels is one that will certainly choke up some fans (no pun intended), the knowledge that Filoni has been promoted to oversee all elements of the animated Star Wars universe will help to calm the nerves. It will be interesting to see what the future holds.

This is the first Star Wars: Rebels season that I have the chance to check out on Blu-ray and I was blown away by the breadth and depth of its bonus features. The videos above provide a small taste of the features included in this package. If you are any sort of Star Wars fan, then you will want to own this season on Blu-ray. Star Wars Rebels: Complete Season Three is now available on DVD and Blu-ray. I must warn you though that there are far fewer bonus features on the DVD. 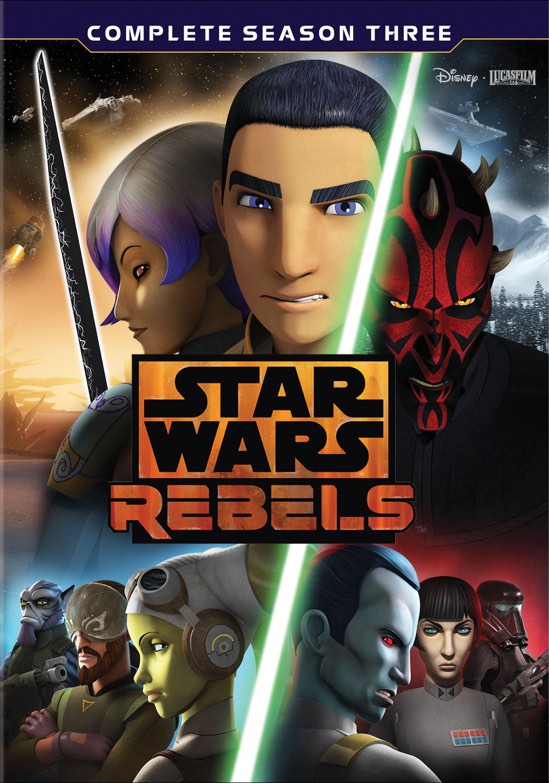 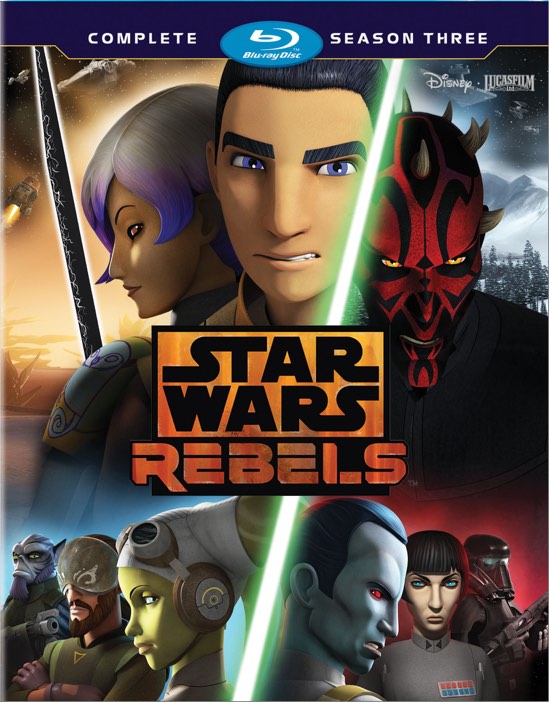