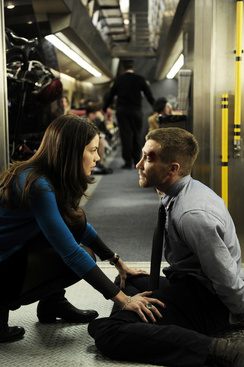 In 2011, there were few films that I was more looking forward to than Source Code. When it hit theaters on April Fool's day, the wife and I were newly engaged and our kids were still many months away. We still did foolish things like go out on dates (I know, how crazy?).

One of those dates was to go see this film which was the followup by Duncan Jones to his surprise debut hit Moon. My wife-to-be was game, mostly I think because she favored a young Jake Gyllenhaal at the time, but we both left the theaters in awe of the amazing film that not only challenged our conception of reality but thoroughly entertained us for a good hour and a half.

Oddly, we never went back to watch the film despite owning it on Blu-ray - a tragic byproduct of working in this field. So, when the opportunity to rewatch it on 4K UHD came up, I was beyond exciting. Of course, I was also a bit hesitant because what if the film didn't hold up and the rewatch soured the film for me? Would it then sour a wonderful date with the woman I love? Will I have 8 minutes to relive the choice to review the film over and over again until I get it right?

Thankfully, the film still delivered a top-notch entertainment experience and my path of reality was secure.

If you haven't seen Source Code, the easiest way to describe it would be to think of Groundhog Day where Bill Murray has to figure out who bombed a train before he could get on with his life. Also, if you haven't seen the film, stop here and come back when you do because there might be some heavy spoilage ahead. Of course, the film is seven years old, so I think we are past the statute of limitations on spoilers for this one.

Duncan Jones is an exciting young director with a distinct visual style. While his first two films were promising, his third film Warcraft was an unmitigated disaster whose only saving grace might be that it will force Jones to get back to telling the stories that he's really good at telling. The son of the late David Bowie, Duncan Jones has the creative genius in his genes and it's only a matter of time before he's back on top of the world.

Source Code holds up to the test of time with only a spare line or two that seem anachronistic by today's standards. No one would inquire if a cell phone has the Internet on it since it's a given that everyone has a smartphone these days. Well, everyone but Captain America that is, but that's a story for a different day.

The 4K UHD version was a nice touch to a film that features a big explosion every 8 minutes or so. The original 2K print is upconverted to full 4K, but there is minimal distortion which is a reflection of the technology in the last decade. There is some evidence of artifacts in various explosion sequences which is most likely the result of rushed CGI work initially then a condemnation of the 4K resolution.

The new Dolby Atmos audio track is the real selling point to upconvert from your existing Blu-ray copy. Given the audio cues in the film when Jake Gyllenhaal's character enters and exits the Source Code and the bombastic explosions that repeat over and over again, having a high-end audio track is a necessity. Not only does the film showcase the advantages of creating a Dolby Atmos track, but the result is a well-balanced track. Most studios would tend to play up the special effects track on a film like this, but that's a novice play and one that only leads to disappointment in the viewer trying to find the right balance themselves.

As an avid fan of the film, I was really hoping that the 4K UHD version would be loaded with extras as the original Blu-ray release was rather spartan. Sadly, the same audio commentary that was previously available is also included here as is the one new addition which is a five-minute featurette entitled "5 Crazy Details You Might Have Missed." While the featurette was a nice inclusion, I was really hoping for a more in-depth analysis of the film and the interesting ending.

As it stands, the 4K UHD provides plenty of reasons to upconvert from your current Blu-ray or DVD. The price point is very reasonable for a catalog 4K UHD offering and the film is a near perfect example of how to upconvert a film to the new format in a way to give the viewer a new experience. 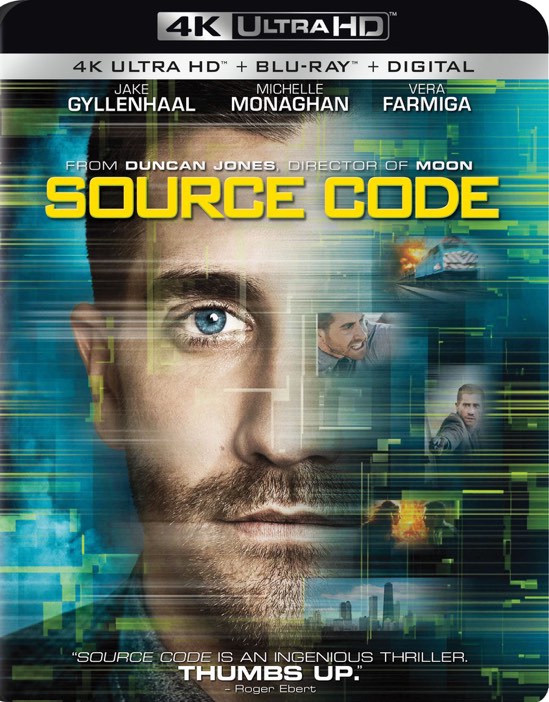