A short time ago (2014), in a galaxy very near (Disney XD), a brave animated series debuted that helped to breathe new life in the Star Wars mythos. Of course, as they say, all good things must come to an end.

So, it was with a bit of a heavy heart that we agreed to review the Blu-ray version of Star Wars Rebels: Season Four. You see, I wasn't much of a fan of The Clone Wars series, but there was just something about Star Wars Rebels that instantly grabbed my attention.

I'm sure a lot of it had to do with the sale of LucasFilm to Disney a few years earlier and the promise of new films (The Force Awakens would debut about a year after Star Wars Rebels). This animated series was really the first look at the Disney version of the Star Wars universe, so it was critical in beginning to shape an opinion on the new films.

Four years later, to say that Star Wars Rebels was anything less than a bonafide success would be a disservice, if not an outright lie. The series centered around a motley group of would-be rebels that were fighting their own battles against the Empire long before Princess Leia and her friends came along. As the series progressed, their efforts dovetailed more and more with the films both existing and upcoming in ways that proved to be a perfect storm of amazing.

Season Four was tasked with the thankless job of trying to wrap up the ongoing story arcs, while also giving us a decent explanation as to why none of these characters were in the original trilogy of films. It was easy to explain the absence of the entire cast of Rogue One. Blowing up an entire planet is quite the plot device if I do say so myself.

But ever since Star Wars Rebels, there was this phantom hanging over the entire series about how the resolution of their events would jive with the established canon. I don't want to spoil anything, but I am quite satisfied both in how they handled the characters' absence in the original films and possibly how they planted the seeds for a new animated series at some point.

With the announcement at Comic Con that The Clone Wars would be returning, anything is possible, but I'm fairly certain that we will eventually see the characters from Rebels again either in live-action films or back in their original animated forms.

The one thing that Disney has done exceptionally well is to always pack their Star Wars home entertainment offerings with a ridiculous amount of extra content. I am proud to say that Star Wars Rebels: Season Four is no exception and presents over six hours of additional content as the cherry on the force sundae.

In particular, the "Ghosts of Legend" and "Force of Rebellion" featurettes were standouts and do a great job of wrapping up the series and fleshing out some connective tissue to other properties within the franchise. Let's face it, between movies, TV series, books, etc. it's almost impossible to keep up with every single nuance in the galaxy far, far away. So, it's helpful every now and then to be able to enjoy these little nuggets that keep us informed.

As anyone who has spent any time watching the animated projects in the Star Wars universe, there is no bigger personality in this area than Dave Filoni. Not only is he personally responsible for so much that goes on with these series, but he's an extremely passionate Star Wars fan. He pops up all over the Blu-ray of Star Wars Rebels: Season Four to provide not only insight but wit and a certain mystique. We wish we could be fly on his wall because oh the things we would learn about our favorite franchise.

Unfortunately, all things must come to an end, but they do so beautifully here with Star Wars Rebels. Sure, they could have continued the successful series indefinitely, but many times it's better to go out on top rather than suffer through sub-par monotony. 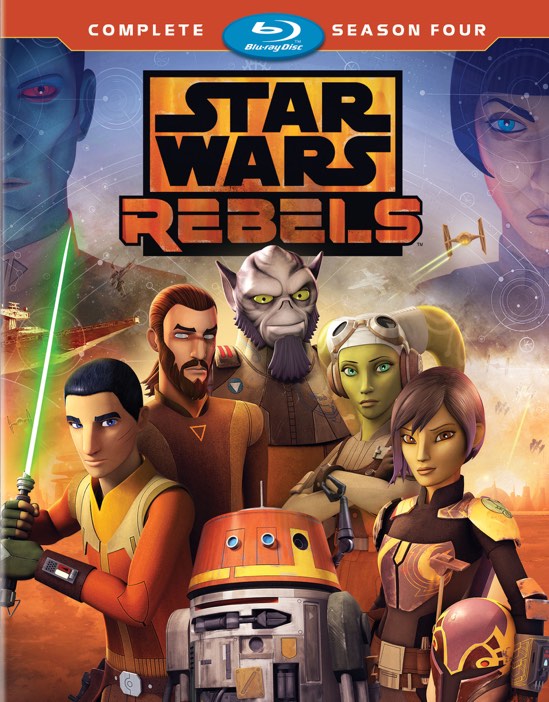 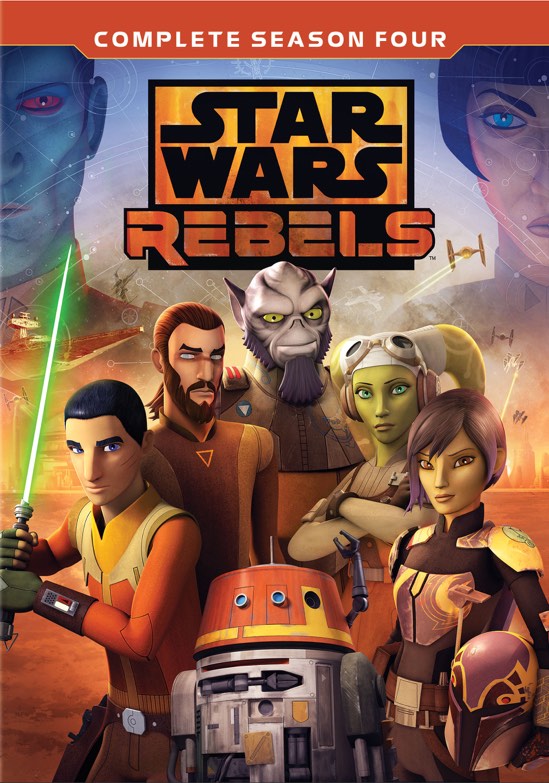