Review: The Smiths and nostalgia uplift 'Shoplifters of the World' 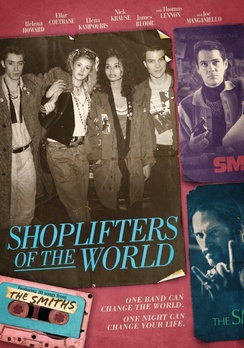 Despite transitioning from a pre-teen to a teen during the five years that The Smiths were a band, I never truly got into them during their heyday. I suppose I was just a few years too young. Had I been born in, say, 1971 instead of 1974, I'm pretty sure that this review would be much different.

You see, I was in the midst of pop music and the likes of Michael Jackson and Madonna. It would be a few years before I started to cut my musical teeth in the realm of punk and rap. And still a few years after that in which I would find my own personal Smiths in grunge band Pearl Jam.

I fell in love (and still am) with Pearl Jam as mush writer-director Stephen Kijak became infatuated with The Smiths. So, I can understand his devout commitment to the music that helped to shape the soul of an entire generation of misfits from the 1980s.

For that alone, I commend his efforts on Shoplifters of the World.

Based loosely on the true story/urban legend of a teenager who attempted to take a Denver radio station hostage, Shoplifters of the World tells the story of four friends reeling from the sudden break-up of their favorite band, The Smiths. As they embark on a night of partying to mourn their musical loss, an impassioned Smiths fan takes a local radio DJ hostage and forces him to play nothing but Smiths tracks.

Given that I was a few years too late, the closest musical influence for me akin to The Smiths was Depeche Mode. While it might be blasphemous to say this, I did find many parallels between the two bands when I eventually discovered The Smiths later on in college.

Even though I was late to the party, I could plainly see what all of the hype was about and Kijak lovingly paints a picture of loss and rebellion in Shoplifters of the World. Whether it's The Smiths, Pearl Jam or The Beatles, when you find your musical muse, it's usually a lifelong commitment.

I know that I continue to be a card-carrying member of Pearl Jam's Ten Club fan club some 30 years after they came into my life, so the passion is real. And yet, I wonder if this passion is rooted in a simpler time. With today's instant gratification, technology-obsessed reality, is there this same connection with bands today?

Somehow I don't see kids today pining for the latest K-Pop flash in the pan 20 years from now. And yes, while a whole generation is seemingly entranced by Taylor Swift and her cardigans, will her fans continue to embrace her when she turns 40? Or will their devotion extend to the depths of the characters in Shoplifters of the World?

You see, that's the real charm that lies in wait in this movie. It's not the obsession with The Smiths (don't worry with 20 songs from the band, it's there clearly) that drives the enjoyment of this movie, it's the nostalgia from a simpler time when a band truly defined your whole being.

Your musical tastes trumpeted to the world more about you than Facebook could ever reveal. What's that? You like KISS? Ooh, how edgy. More of a Paula Abdul fan? Straight Up and tell me more. So, Shoplifters of the World really captures this take on a time that no longer exists. As it happened to align with a pivotal time in my own life, I felt that it was talking to me even if I wasn't the biggest Smiths fan.

As the soundtrack to the movie plays out, you will be struck by how much of the Smiths catalog has seeped into our cultural lexicon. Even if "How Soon Is Now?" is the only Smiths song that you can name off the top of your head, you will be tapping your foot to the upbeat rhythm that carries the film to its ultimate conclusion.

In the end, much like life itself, the lesson learned is that it's not the destination that matters so much as the ride that was taken to get there. We get caught up in endings, funerals, and the finality of a break-up without relishing the good times and emotions that we had along the way.

I know that personally I will be devastated when Pearl Jam decides to call it a day. Thankfully though, I have all of the music and memories for the last 30 years to help ease the pain. The characters in Shoplifters of the World might be impulsive and living in the pain of the sudden end, but there will be more music to come.

What they didn't know then was that Morrissey would go on to release music on his own and that nothing ever truly stays buried forever. And yet, it's also important to embrace and celebrate those powerful influences on your life.

Stephen Kijak creates the ultimate love letter to The Smiths and somewhere, I'm sure Morrissey and Johnny Marr are smiling at the recognition. At the end of the line, all the truly matters is the impact we leave behind and it's pretty easy to see how much impact The Smiths had on Kijak's life.

Shoplifters of the World is now available on Blu-ray and DVD. 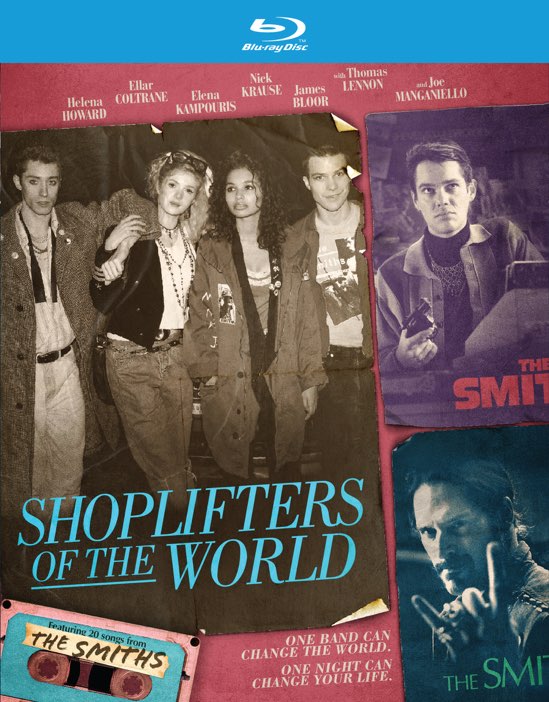 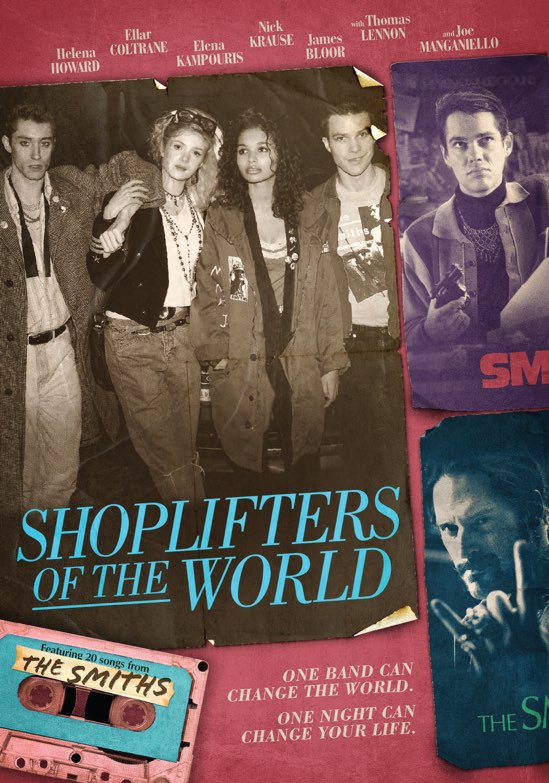