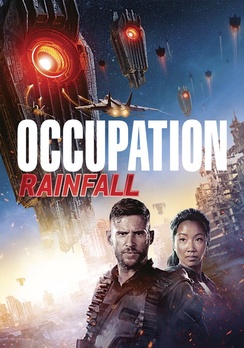 About ten minutes into this review, I was overwhelmed by a strong case of deja vu. I felt like I had seen this movie before.

A few keystrokes later with the help of my best friend Google and I had the answer. Occupation: Rainfall is a direct sequel to the 2018 film Occupation from the same writer/director. I vaguely remember liking the original movie for its earnest depiction of an alien invasion, despite a ridiculously small budget.

The filmmakers were rewarded for their efforts with a significantly larger budget in the neighborhood of $25 million for Occupation: Rainfall. Unfortunately, after watching the second film, it seems that much of the heart and story that was showcased in the original movie was eschewed in favor of better special effects and louder bangs.

Bursting with spectacular special effects and exhilarating action sequences, Occupation: Rainfall unfolds two years into an intergalactic invasion of Earth, as survivors fight back in a desperate ground war. While casualties mount by the day, the resistanceâalong with some unexpected alliesâuncovers a plot that could bring the war to a decisive end. Now, with the alien invaders hell-bent on making our planet their new home, the race is on to save mankind.

The problem with making a "big-budget" sci-fi action film these days is that if your CG isn't perfect, people will always nitpick the imperfections. Case in point, this movie right here.

There's nothing inherently wrong with the CG special effects in Occupation: Rainfall (and they are light years ahead of the first film), but when you start comparing them to TV series such as The Mandalorian or upcoming big-budget films such as Dune, then the differences are glaring.

Is that fair? No, but that's the reality we live in as audiences now expect a certain standard of CG - even in B movies. Could you imagine the backlash the original Star Wars would face today with its reliance on practical effects?

To be honest, I enjoyed the smaller scope of the original film as it forced the filmmakers to spend time on character development and story. Occupation: Rainfall, by contrast, seems to simply feed haphazard dialog in an effort to string together enough plot to get the audience to the next battle.

Temuera Morrison returns, albeit not until the second half of the movie, as does most of the original cast, but it's clear they aren't really given much to work with. The one big bright spot of the sequel is the introduction of Ken Jeong to the cast.

As highlighted by his performances in the Hangover movies and countless TV and film roles since, Ken is a genius comic. He's able to ad-lib with the best of them and he instantly makes any scene better. In Occupation: Rainfall, he provides much-needed comic relief to break up the tension in the movie. I would even go so far as to say that he's the bright spot in an otherwise blah sequel.

All of the above said, with the ongoing pandemic, true big blockbusters are few and far between. Occupation: Rainfall should find a pretty receptive audience among those that just want to tune in and turn off their brain while mindless action absorbs them for those two hours. It's not my favorite pastime, but others will undoubtedly praise this film.

A quick sampling of the online reviews bears this out it seems. Even professional critics seem split on Occupation: Rainfall and that surprises me. I figured general audiences would love it (and they do to a certain point) and that critics would universally pan it. As it turns out, many critics seem to be less cynical than me.

All in all, if you're desperate for some decent action/sci-fi entertainment, you could do far worse. Your mileage may vary, but this just wasn't my cup of tea. Even more confusing is that there might be more installments coming.

The film ends on the proclamation that you've just watched Chapter 1. This would obviously foreshadow an inevitable Chapter 2, but if that's the case what does that make the original Occupation? A prequel?

Whatever the case, I hope that the next Chapter takes a note from its two predecessors and focuses on story and character and less so on the big explosions. Naturally, they have their place in films like these, but I think the overall franchise would be best served with a more indie look next time.

Occupation: Rainfall is now available on Blu-ray and DVD. 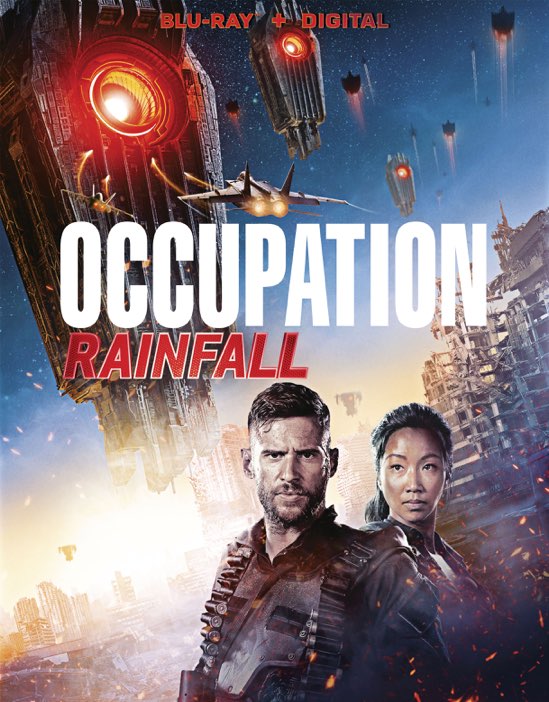 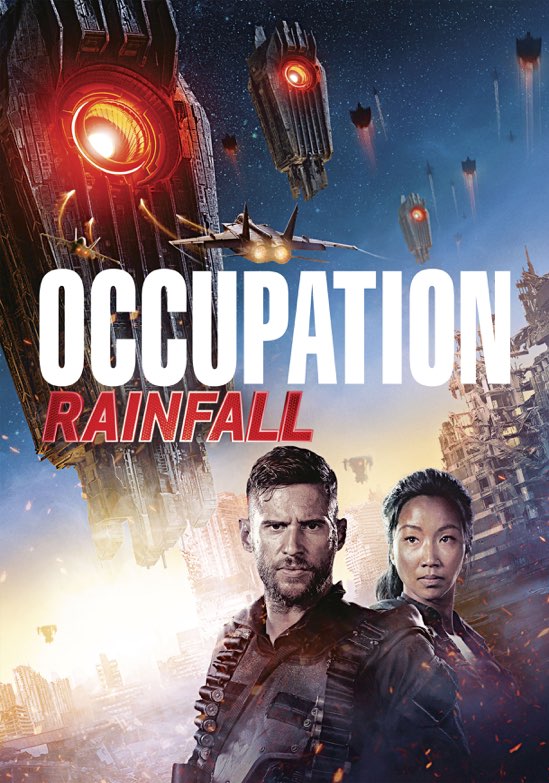