Review: 'The Bad Guys' is fun for the whole family 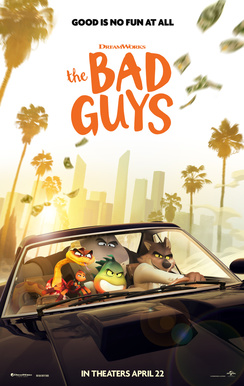 When you have two kids under the age of 11, trying to find things to watch together as a family is challenging on the best of days. Normally, it ends with tears and some form of punishment for one or both kids.

So, when a film like The Bad Guys comes along, we jump on the opportunity to have a fun family movie night.

Over the last 20 years or so, there's been a real shift in the way studios create and market these types of animated films. In the past, the goal was to find something suitable for repeat viewing by kids with little attempts to capture the parents' attention. Now, most bigger animated films usually have jokes and story arcs that play for both the younger set and those that grew up on these types of movies.

This new approach has allowed parents to enjoy the endless loops that these films eventually find themselves in and not want to pluck out our eyes and stab our ears. Anyone who had kids during the Barney or Teletubbies years knows what I'm talking about.

So, it was with this wistfulness in mind that we all sat down recently to enjoy a couple of hours free of fights and cell phones in the form of The Bad Guys.

Never have there been five friends as infamous as The Bad Guysâdashing pickpocket Mr. Wolf, seen-it-all safecracker Mr. Snake, chill master-of-disguise Mr. Shark, short-fused ''muscle'' Mr. Piranha and sharp-tongued expert hacker Ms. Tarantula, aka ''Webs.'' But when, after years of countless heists and being the world's most-wanted villains, the gang is finally caught, Mr. Wolf brokers a deal (that he has no intention of keeping) to save them all from prison: The Bad Guys will go good. Under the tutelage of their mentor Professor Marmalade, an arrogant (but adorable!) guinea pig, The Bad Guys set out to fool the world that they've been transformed. Along the way, though, Mr. Wolf begins to suspect that doing good for real may give him what he's always secretly longed for: acceptance. So when a new villain threatens the city, can Mr. Wolf persuade the rest of the gang to become â¦ The Good Guys?

The Bad Guys is based on a series of graphic novels for kids and while I was unfamiliar with them when I first heard about this movie, my children had read several of them at school. The general premise is a gang of perceived villains who try to do good deeds to change the public's perception of them.

On face value, the premise is a positive one that should translate to the big screen easily. Of course, with the right casting, The Bad Guys has the potential to be a breakout hit. Let's just say that they got the casting down to near perfection.

Sam Rockwell is tremendously underrated as an actor, but I wasn't really familiar with any previous voice work. Here, he takes the lead as the gang leader, the Big Bad Wolf, and his voice is both instantly recognizable, and yet, it's not in a distracting way. Likewise, the talented cast around him including Marc Maron, Awkwafina, Craig Robinson and Anthony Ramos all bring amazing nuances to their characters that really help to sell the dynamic in the gang.

While some of the plot twists were a bit obvious for the well-seasoned viewer, my kids didn't see them coming which is a huge win for the film. It's really got that Ocean's Eleven vibe going that will help to satiate the older audience while helping to convert the youngins to become fans of the genre.

Another wonderful selling point of the film is the packed physical offerings. The highlight of the extras was the new short film "Maraschino Ruby" where the gang comes back to do more good, or do they? Beyond that, there are so many bonus features including deleted scenes, featurettes, a cast table read and audio commentary that there's something for everything.

Best yet, these extras are so compelling on their own that our kids will watch on their own, breaking up the repeat viewings of the film. And let me tell you how refreshing it is to not have to anything on repeat. That said, I've seen The Bad Guys several times in the last couple of weeks and it holds up each and every time.

That alone is priceless.

The Bad Guys is now available on 4K UHD, Blu-ray and DVD. 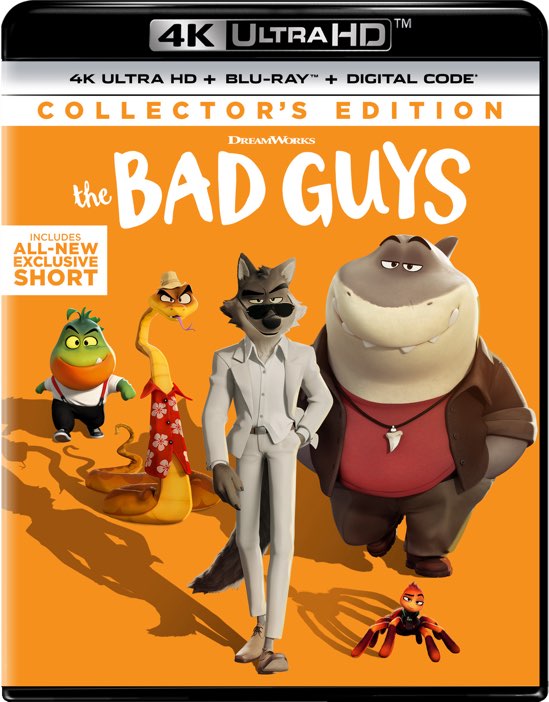 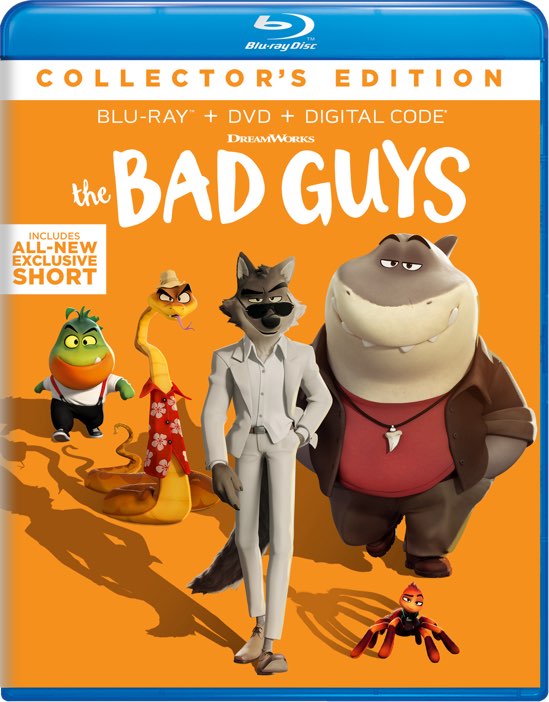 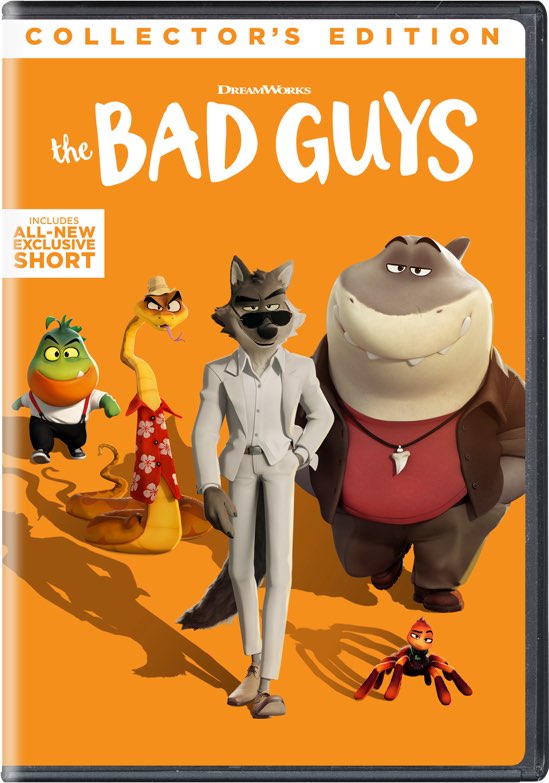