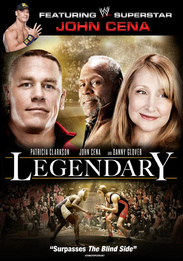 Cal Chetley is an extremely bright, engaging, undersized fifteen year-old. Heâs been picked on most of his life primarily because heâs always been a little different. Mike, Calâs older brother (WWE Superstar John Cena) and one time world-class high school/collegiate wrestler, left him and his mother behind years ago after a tragic car accident killed their fatherâ¦an accident to this day Mike feels responsible for.

Hoping to revive a relationship long since forgotten, Cal joins his high school wrestling team in the hopes his brother will train him. More importantly, Cal uses wrestling as the tool to reunite his family.

Rated PG-13 for action, creature violence and some disturbing images.