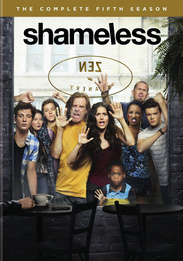 The Gallaghers are feeling the heat in Season Five! In the swelter of another Chicago summer, Fiona juggles a crush on her boss with a steamy affair and the return of her ex! Frank balances her brand-new liver against his old unhealthy appetite for liquor, drugs and trouble. Lip heads home from college and struggles to hang with his old South Side friends. Debbie has her first real boyfriend, Ian's dealing with serious health issues, and Carl's just dealing. Change is rampant as trendy coffee shops and yoga studios pop up in the hood, and the Gallaghers stumble forward finding out who they really are and how to truly love.